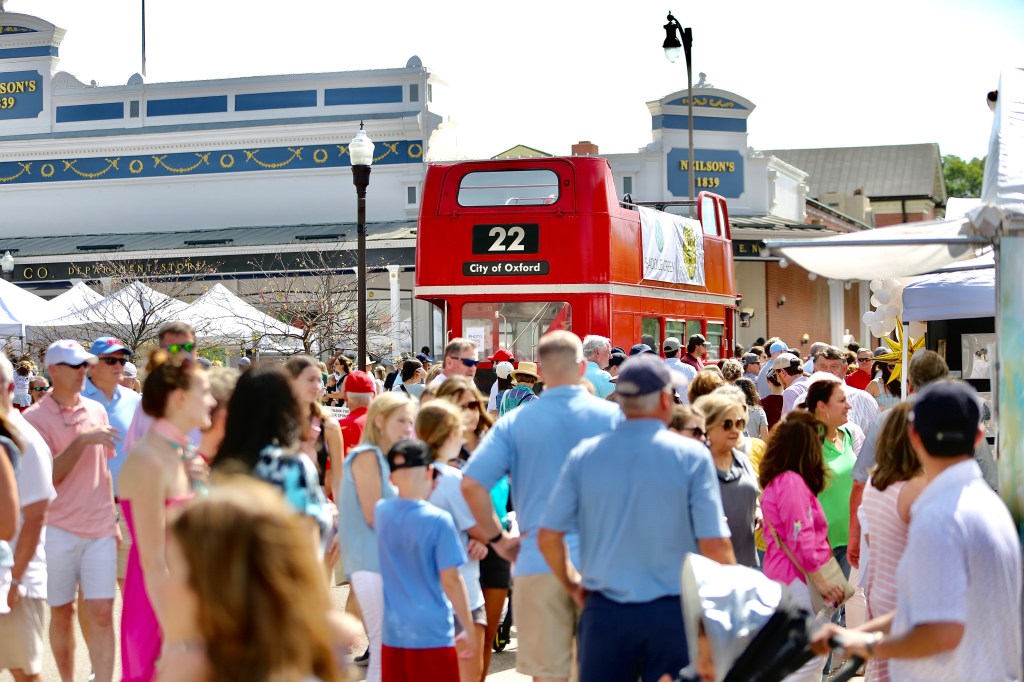 Football season has a well known, major impact on Oxford and its economy. Hotels often sell out, especially during SEC games. When there is nowhere to stay in town, and the lines for local restaurants are wrapped around the Square, tourists may see the town for only its negative qualities.

Kinney Ferris, executive director of Visit Oxford, explains that football season is great for Oxford, and that increased tourism can provide an economic boost to local businesses.

“The benefit of football is enormous,” said Ferris. “It is a huge economic driver for our city, and a true money maker.”

Oxford has around 1,300 hotel rooms, which Ferris says is enough to manage, outside of the few weekends per year where the hotels are at full capacity The level of tourism production matches the available space for visitors.

“We want to help our businesses be ready to accommodate the influx of people, and be prepared for the big tourism weekends,” said Ferris.

“As amazing as football is, one thing we learned during COVID is that there is more consistent value in having the student population in town,” said Ferris. “Other towns were not struggling with their food and beverage numbers as poorly as we were, because our students were living at home and spending their money in Memphis, Tupelo, or Jackson. Having the limited capacity really hurts the hotel numbers, which ends up hurting the local economy.”

Earlier this month, Airbnb shared its top trending cities for travelers this Fall, based on most collective nights booked, and Oxford ranks as the third most booked destination in its category.

During Fall 2021, Oxford Airbnb Hosts earned a combined $2.7 million, with a median payout of more than $4,300 from September through December. New listings are being booked faster than they were last year, with the average time to get a first booking being around one week.

Home rentals are a popular source of income for homeowners during football season. 41 percent of Airbnb Hosts in the US report that the income earned from their rentals help them navigate the rising cost of living prices.

North American Communications Manager Haven Thorn noted that Oxford’s top 10 ranking on the list is in part due to its seasonal events, such as Ole Miss games and music festivals.

“Hosting has proven to be a vital tool to earn, particularly during recurring big events like the return of football season,” said Thorn. “It is beneficial not just to the Hosts, but also to local small businesses, grocery stores, movie theaters, restaurants, and anything that is tourism adjacent.”

Short term rentals are outpacing even their pre-pandemic levels. With college football season beginning, the Oxford market is expecting a notable economic boost through tourism.