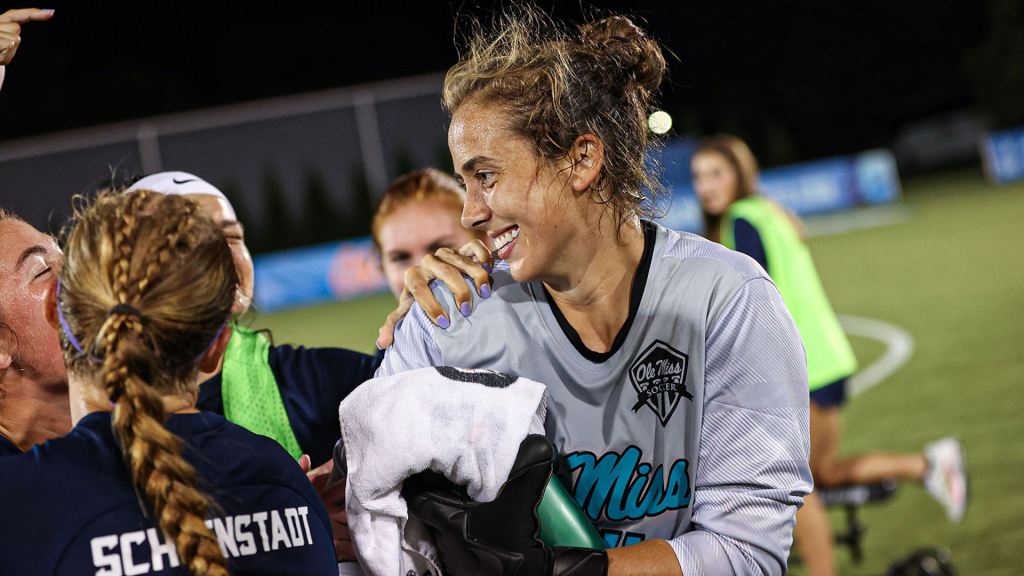 No. 13 Ole Miss’ offense explodes in a 5-0 victory in the first meeting against Louisiana Tech at the Ole Miss Soccer Stadium.

The Rebels found the Lady Techsters goal often, outshooting LA Tech, 25-3, including 11 shots on goal. The depth of the team showed out again with two players earning their first career goals.

Ole Miss took the lead 20 minutes into the game off a corner from Taylor Radecki. The Florida native dropped a ball in front of the net for Mo O’Connor to head it over the Lady Techsters keeper.

At the end of the half, Lucy Green found the ball through a crowd in front of the opposing team’s net after another well-placed corner from Radecki and squeaked it by the goalkeeper. Green’s first goal of her career gave the Rebels a 2-0 halftime lead. Radecki’s two assists give her six on the season which still leads the nation.

Ole Miss put even more pressure on Louisiana Tech taking 17 of the 25 shots in the second half. In the 74th minute, Jenna Kemp located a wide-open Marykate McGuire streaking down the field McGuire with a player on her back, fired a shot to the right back post for her team-leading fourth goal.

Even with less than five minutes remaining, the Rebels kept their foot on the gas. Alex Schoenstadt kicked a bouncing cross from Amber Fortenberry just out of reach into the left side of the net.

Schoenstadt was not finished as she came back for the brace about a minute later. Stella Downing chipped the ball from the corner of the eighteen to find Schoenstadt behind the defense. The Washington native used her head to find the back of the goal.

Ashley Orkus finished with her fifth clean sheet in as many games and two saves. The shutout broke the program record with 23 shutouts in Orkus’ career.

Ole Miss heads back on road to Orlando for a tough matchup against UCF at a 5 p.m. kick. The match will be available for streaming through ESPN +.