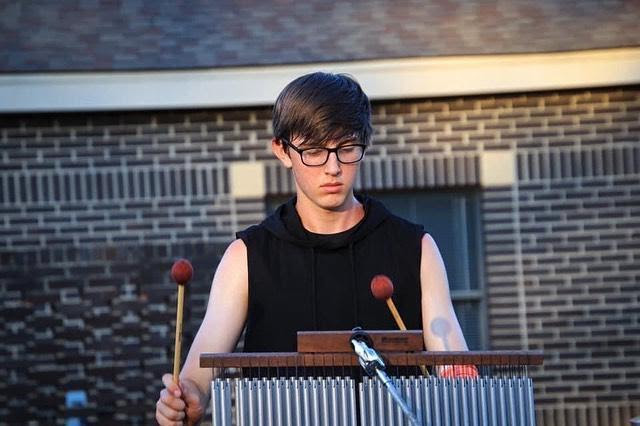 Established in 1980, Southwind Drum & Bugle Corps is a member of Drum Corps International’s Open Class. For more than 40 years, they have been providing quality music education for youth in the Southeast and continue their dedication to providing the best music education, safe environment, and full drum corps experience possible for their members.

Alexander, a member of the percussion section of Oxford High School’s marching band, was one of over 120 members chosen for the drum corps after auditioning earlier this year. The 16-year old attended rehearsals throughout the spring to prepare for the summer competitive season. The corps performed in over a dozen states across the country, culminating in the DCI World Championships in Indianapolis, Indiana. His passion for music developed at an early age while learning to play piano in 1st grade. A member of Oxford’s marching band since 6th grade, the musician discovered his love for percussion and playing the front ensemble’s two most popular instruments, the marimba and vibraphone.

When reflecting on his experience with the corps, Captain described his experience as one he is proud of. He especially enjoyed working with and learning from the corp’s Percussion Co-Caption Head, John Gaal, who the student sees as a mentor and is someone he looks up to.