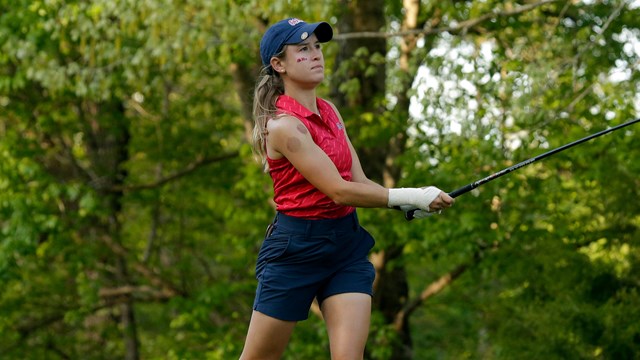 This marks the third consecutive year in which a Rebel has been named to the prestigious award’s preseason watch list, with Tamburlini earning her spot on the list for the first time of her career. Recent Ole Miss grad Julia Johnson claimed spots on the previous two years’ installments (2020, 2021).

The ANNIKA Award is awarded annually to the most outstanding women’s college golfer, as voted on by players, coaches and media.

Tamburlini is coming off a dominant 2021-22 campaign for the Rebels, earning first-team WGCA All-American and first-team All-SEC honors on the year after posting a 72.60 stroke average on the year, ranking sixth all-time in program history. Tamburlini also earned top 20 finishes in all 11 of her tournament appearances on the season, including an eighth place finish at the 2022 NCAA Championships. It ranked as the second-highest finish for a Rebel at NCAAs in team history.

The St. Gallen, Switzerland, native capped off her accomplishments on the year by being named the 2022 Edith Cummings Munson Golf Award winner by the WGCA, which is awarded annually to the NCAA Division I women’s golfer that is both a WGCA All-American and WGCA All-American Scholar with the highest GPA in the country. Tamburlini marks the first Rebel to ever receive the honor in the award’s 34-year history dating back to its inception in 1989.

Tamburlini and Ole Miss will return to action to begin their 2022 fall season Sept. 12 when the Rebels travel to Charleston, South Carolina, for the Cougar Classic.