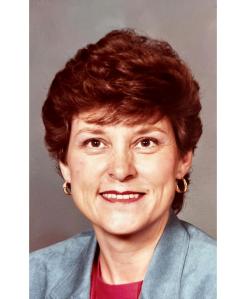 Funeral services for Elizabeth Ann Smith Wilson, will be on Tuesday, September 6, 2022. Visitation will begin at 1:00 pm, followed by the service at 2:00 pm at Johns-Ridout’s Mortuary-Elmwood Chapel. Burial to follow at Elmwood Cemetery. A reception will follow at The Club in Birmingham. The family will have a memorial celebration at her home in Oxford, MS on Thursday, September 8, 2022 from 4 -7 pm. She passed away on August 30, 2022 in Gulf Shores, Alabama. Ann was a devoted and caring wife, mother, grandmother, sister, aunt and friend. She was born to James Clay Smith and Mary Elizabeth Veitch Smith in Bessemer, AL on November 7, 1941. She attended Bessemer public schools. In high school, she was active in school government, played in the marching and orchestral band, and was a majorette. She graduated from Bessemer High School in 1959. Her education continued at the University of Alabama where she earned her Bachelor of Science in Bacteriology and her Master’s of Science in Guidance Counseling. She was a member of the Million Dollar Band, in which she played the trumpet and French horn. She later served The University as Activities Coordinator in the Department of Student Life, and her tales of chaperoning the cheerleaders were some of her favorites. Between her degrees, she worked as a medical technologist, including a stint at the FDA in Washington, DC, where she met Bob. She moved back to Alabama, but he tracked her down a year later through mutual friends and they were married in 1970. She and Bob made their first home in Pascagoula, MS, and later moved to Jackson, and then Oxford for their retirement. Ann was passionate about democracy and served her country and the world with her efforts in politics and education, both in the USA and abroad. She worked tirelessly to help build and grow The Republican Women of Mississippi and was elected and served as Mississippi’s National Committeewoman for the Republican National Committee during the 80s. She served on the Platform Committee for two Presidential elections. Later, she traveled to Albania following the fall of the Iron Curtain to educate the people there about forming a grassroots democracy. She also traveled to rural areas of Hawaii to teach our own citizens there how to organize their democratic efforts. She was supportive of all civic organizations and served on the Arts Council of Mississippi and took part in the work for hosting the International Ballet Competition in Jackson in the 90s. She loved to travel anywhere, but her favorite place to travel was Gulf Shores, AL. She made “The Beach” a place of fun, relaxation, and joy for her whole family and, by extension, so many of their friends and loved ones. A self-trained gourmet cook, Ann made holiday meals the stuff of legend. She brought cuisines from around the world to her always beautiful Southern table. Her remoulade sauce has been appropriately named “Anntastic,” and her peanut soup, the recipe for which was brought home from a trip to Virginia written on a slip of paper, is a holiday staple to so many because of her. The same can be said for fois gras, isle flotant and piquant sauces from France, Beef Wellington from England, and Cajun gumbo that has ruined all other gumbos for her children. Ann made every occasion beautiful. Her holiday tables have been mentioned, but she brought her magic to all things Christmas, birthday parties, football tailgates, graduation celebrations, weddings, baptisms, and so much more. Her ability and talent in this made those events all the more special and created sparkling memories for everyone involved. Anyone who knew her, knew her love for The University of Alabama and The Crimson Tide will forever be unrivaled. Her devotion to the team began early and continued throughout her life. The elephant trumpet you hear at the games? Ann was the person who sought out a recording of it in the 60s from a library and brought it to the school as a suggestion that became a tradition. She was instrumental in the marking of The Mound on the Quadrangle as a historical site to protect it for future generations. She traveled to the games to cheer on the team with her sister Mickie as long as she could attend them. Ann adored her children, grandchildren, nieces and nephews, and great nieces and nephews, and will be greatly missed by all who knew her. Ann is survived by her husband of 52 years, William Roberts Wilson, Jr. of Oxford, MS, formerly of Rosedale, MS; son, William Roberts Wilson, III (Frankie) of Oxford, MS; daughters, Elizabeth Ann Wilson Hiatt (Bradley) of Dallas, TX and Augusta Elliott Wilson Harvard (Billy) of St. Petersburg, FL; 7 grandchildren, Charles Roderick MacDonald Hiatt, Elizabeth Ann Wilson Hiatt, James Clay Smith Hiatt, Winn Roberts Wilson, Meredith Clay Wilson, William Bloxham Harvard V, and Augusta Elliott Wilson Harvard. Mrs. Wilson had one sister, Mary Clay “Mickie” Smith Keith (Jerry) of Hoover, Alabama. Mrs. Wilson was preceded in death by her parents, James Clay Smith and Mary Elizabeth Veitch Smith and brother-in-law, Jerry Keith.