Lexington man charged with kidnapping after being arrested in Oxford 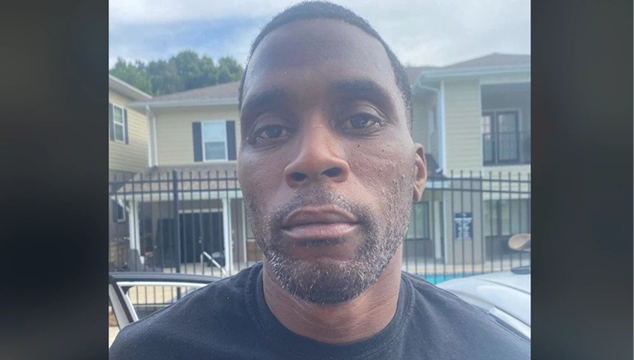 Tamarius Webster, 35, of Lexington, Miss. was charged with kidnapping, assault and endangering a family on Friday. (Carroll County Sheriff's Office)

A Lexington, Mississippi man was charged with kidnapping and assault last week after he was arrested in Oxford following a two-day manhunt.

Tamarius Webster was arrested on Sept. 1 and charged with two counts of felony kidnapping, aggravated assault and disturbance of a family.

The 35-year-old was arrested without incident at the Molly Barr Ridge apartment complex in Oxford last week after allegedly holding his ex-girlfriend and their eight-month-old child hostage inside their home in Carroll County.

According to the Winona Times, Webster went before Southern District Judge Tinesha Erve-Earnest on Friday where his bond was set at $450,000.

Carroll County Sheriff Clint Walker told the Winona Times that the victim, an off-duty law enforcement officer, reported that Webster was shooting at her home with an automatic rifle on Aug. 30 while directing death threats towards her and her family.

The victim’s 5-year-old son was outside the home when the incident occurred, but was able to safely escape to his grandmother’s house before being injured.

Webster allegedly continued to shoot at the home while the victim and her infant child sheltered in the interior of the house.

The same team also led the manhunt for Webster, who was considered armed and dangerous.

“I would like to thank the Lord for protecting the victim, her children, and all of the law enforcement officers who assisted in resolving this situation peacefully and without injury. I also want to thank all the agencies who responded quickly and without hesitation to assist us. Once again, our training, equipment, and good relations with other agencies made all the difference in what could have been a tragedy,” Walker said in a release.

Webster remains in the Carroll-Montgomery Regional Correctional Facility where more charges are pending.