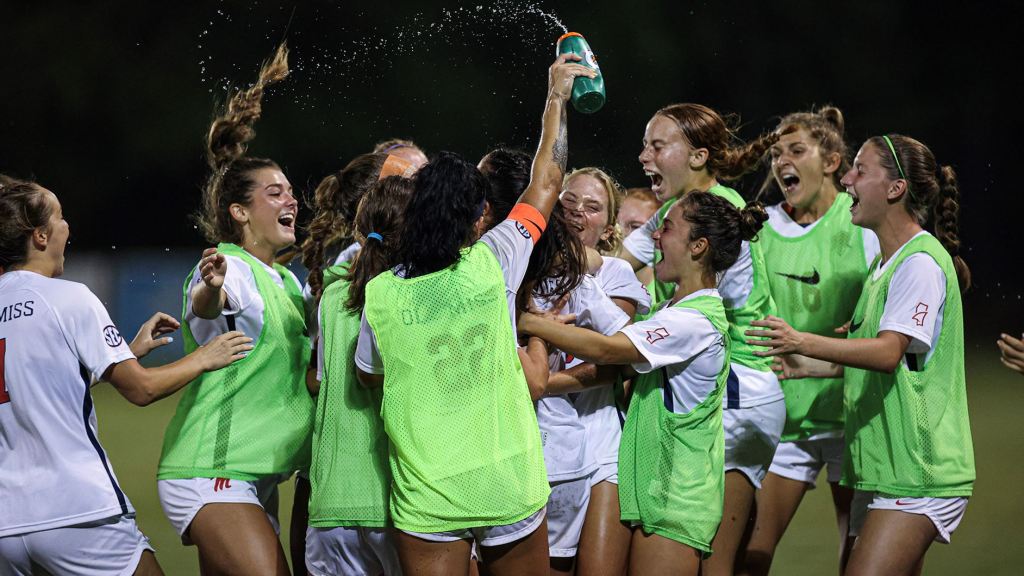 Ole Miss soccer moved into the top 10 of the United Soccer Coaches poll for the first time in program history on Tuesday. (Ole Miss Athletics)

KANSAS CITY, Mo. –Ole Miss with their best start since 2017, going 5-0-1 (.917), including big victories of then No. 22 Memphis and UCF who is receiving votes, moves the Rebels up to No. 9 in the United Soccer Coaches Poll, announced Tuesday.

The ranking is the highest in program history, surpassing the previous mark of 12th during the 2015 season and earlier this season. The Rebels moved up four spots after a 5-0 win over LA Tech and a 2-1 win over UCF.

Ole Miss is having one of the program’s best six-game starts to a season. The last time the Rebels were 5-0-1 was back in 2017.

Ole Miss’ 19 goals are tied for the eighth most in the nation. Senior defender Taylor Radecki is all alone on top of nation in assist. Rebel keeper Ashley Orkus is one of five players to have five shutouts and has allowed just one goal in six games.

Ole Miss will look to keep their strong start going with a pair of home matches against Western Kentucky on Thursday and Southern Miss on Sunday.