Lafayette looking to build momentum as they travel to Southaven 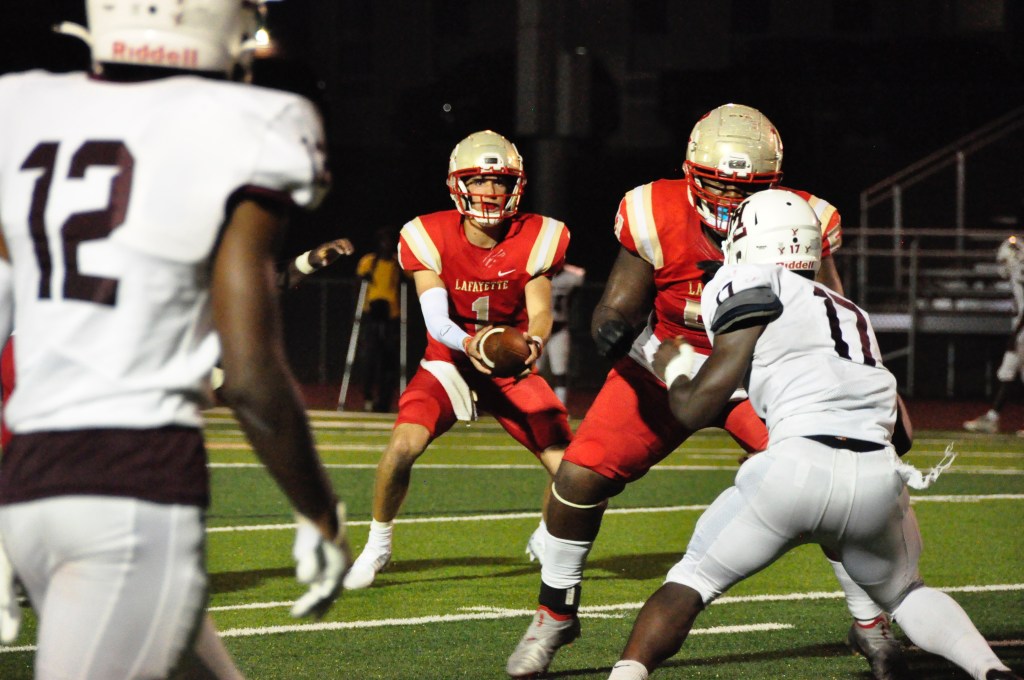 Lafayette football travels to Southaven on Friday to take on the Chargers after coming away with a dominant bounce-back win over Horn Lake in their home opener last week.

The Commodores (1-1) cruised to a 50-13 victory over the Eagles as they bounced back in a big way following a 34-0 loss to Tupelo in week one.

Senior safety Kylan Egerson was dominant for Lafayette in the win—recording 10 tackles and scoring two touchdowns on a kick return and an interception return as he racked up 140 total yards.

“Every time he’s on the field he impacts the game in a positive way,” head coach Michael Fair said of Egerson. “He’s a great leader, he has a nose for the ball—has a nose for making plays when you need them the most so we’re glad he’s on our side.”

The Commodores struggled with turnovers against Horn Lake—coughing up two fumbles and tossing an interception in the first half before settling their offense settled in during the third quarter.

Fair said the turnovers cost his team in the first half, but added that he was pleased with the way they bounced back after halftime to play with composure.

“We had some adversity—had three first-half turnovers—which, you know, it is what it is. There’s some stuff we’ve got to work on but we bounced back and played really hard,” he said. “We played well in special teams and I thought in that second half we played really good defense. We were flying around a bit on that side of the ball so it was good to see.”

The Commodores will need to continue to play clean football as they face off against a Southaven team capable of running up the score quickly.

The Chargers defeated Columbus 28-0 in their first game of the season last week as they used a balanced offensive attack to keep the Falcons guessing throughout the night.

Quarterback Britton Stovall showed off his improved arm accuracy in the victory—completing 14 of his 23 attempts for 152 yards and three touchdowns.

The converted running back is also more than capable of hurting opponents with his legs—something that Fair says is a point of emphasis for his defense.

“A quarterback that can run the ball—I mean it’s like defending an extra person. They do a good job in the screen game, whether it’s zone or read, or power read or counter read—it can be a handoff or a keep at any point,” he said. “We’ve got to be disciplined defensively and we’ve got to read our keys on all three levels.”

The Commodores will take on the Chargers at 7:30 p.m. at Southaven High School. The game will be available on Roku, Apple TV, Amazon FireTV and at https://lafco.live/.