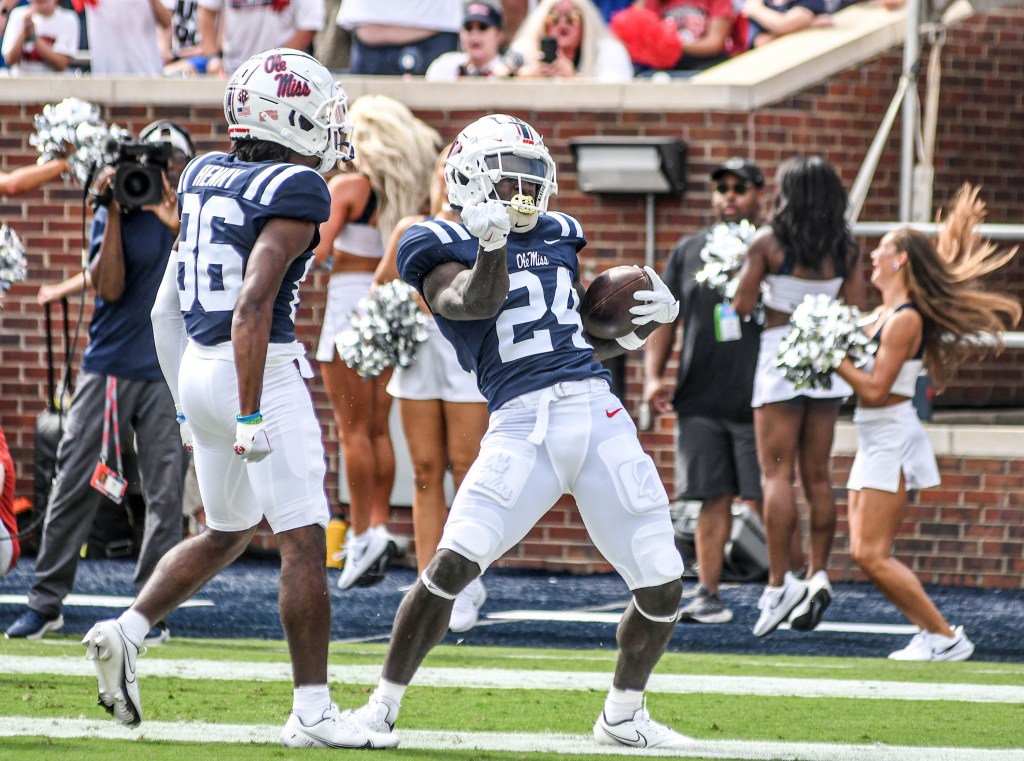 Ole Miss football is eager to get back out on the field on Saturday as they take on Central Arkansas following an up-and-down performance against Troy last week that saw them come away with a 28-10 victory.

The Rebels performed well in the first half against the Trojans, but quickly fell into a rut in the third quarter as they struggled with turnovers and a lack of consistency on offense.

USC transfer Jaxson Dart made his Ole Miss debut in the victory—completing 18 of 27 attempts for 154 yards, one touchdown and one interception.

The Utah native has been locked in a fierce quarterback competition with fellow sophomore Luke Altmyer since arriving on campus in January. Head coach Lane Kiffin said the competition was so even during fall camp that the team will opt to play both quarterbacks in the first few weeks of the season before making a final decision.

Kiffin announced that Altmyer will draw the start against the Sugar Bears during last week’s postgame press conference, adding that both signal-callers will likely see the field at some point in the game.

The Rebels should have an easier time moving the ball this week against a UCA defense that surrendered 27 points to Missouri State in a loss at home last week.

The Sugar Bears struggled to contain the pass in that game—surrendering 266 yards and a touchdown through the air.

Ole Miss struggled to find a rhythm in the passing game against a Troy team that boasts one of the top defenses in the Sun Belt conference, but should be able to air it out more this week against a subpar UCA secondary. Expect to see plenty of slants, screens and other quick-hitters early in the game as the Rebels try to pull the safeties closer to the line of scrimmage before taking shots downfield.

Ole Miss should also have an easier time settling in defensively in this one as they attempt to find a consistent rotation with an usually deep unit.

They should have plenty of opportunity for growth as they face off with a Sugar Bear offense that struggled to move the ball effectively in week one.

The junior will have his hands full against an incredibly deep Ole Miss defense that will features physical playmakers all over the field.

The Rebels should have plenty of talent to cruise to a win on Saturday, but don’t be surprised if they aren’t able to cover the spread as the offense continues to try and find a consistent rhythm.