No. 9 Ole Miss soccer battles to a draw against Southern Miss 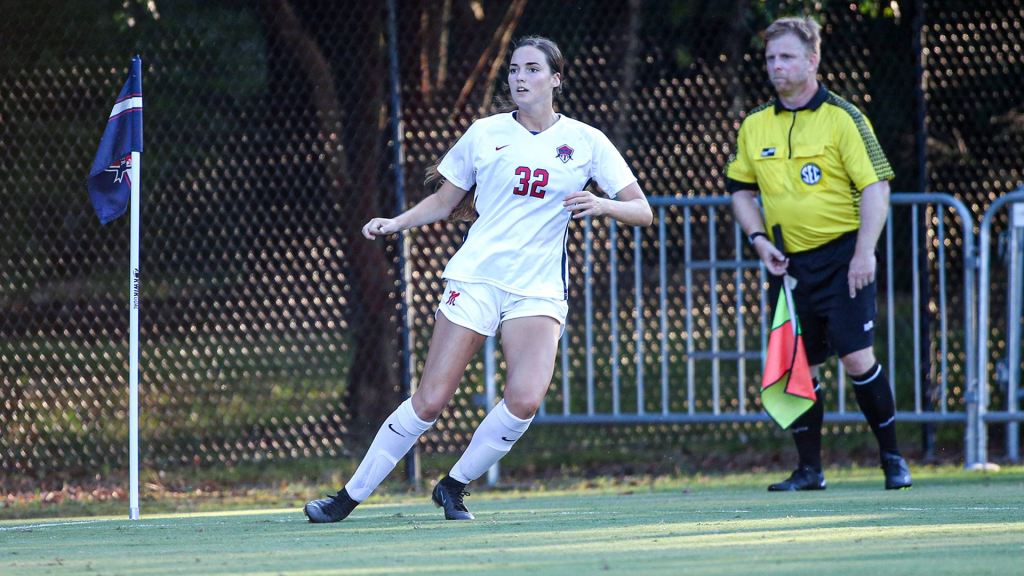 Ashley Orkus and the defense held strong allowing just one shot and zero shots on goal. The Rebels held Southern Miss without a shot for 86 minutes. Orkus earned her sixth shutout of the season, tying her for most in the nation.

The Rebel offense lived in front of the Golden Eagles’ goal for most of the game. Ole Miss outshot Southern Miss 22-1, including six shots on goal. Mo O’Connor led the team with six shots, while Marykate McGuire shot four times, including two shots on goal.

Ole Miss’ had two great opportunities in the first half. The first, O’Connor received the ball, off the head of a Golden Eagles’ defender, in front of the opponents’ goal. Unfortunately, the attempt sailed over the net. A few minutes later, McGuire spun around a defender then hit a grounder from the top of the eighteen to the right woodwork.

In the second half, the Rebels attacked the net five times in the first ten minutes, ending the half with 13 shots and four shots on goal. Later, Taylor Radecki appeared to have scored on a free kick but a Rebels’ player was called offsides.

As the clock dwindled down, Ole Miss received three of its 17 corner opportunities for a chance at the lead. The 17 corners taken are the most in a single game this season.

Following back to back home matches, Ole Miss heads on the road to start conference play on Friday, taking on Kentucky at 4 p.m. CT. The match will be available for streaming through SEC Network +.