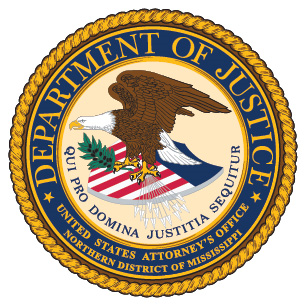 OXFORD, Miss. — A Greenville man was held in jail without bond today following his arrest last Friday for making online threats to commit a mass shooting in Greenville, Mississippi.

According to court documents and testimony, Jeremy Gordon, 28, posted threats on Facebook claiming that he was going to recreate a recent shooting rampage by Memphis shooter Ezekial Kelly in Greenville, Mississippi on Friday, September 9, beginning at 5pm.

Gordon is charged by criminal complaint with Transmitting Threats in Interstate Commerce. Gordon appeared on the federal charges for the first time on Monday and a detention and preliminary hearing was held on Wednesday at the federal courthouse in Oxford. Following the hearing, U.S. Magistrate Judge David A. Sanders found that Gordon posed a danger to the community and ordered that he be held without bond pending trial.

If convicted, Gordon faces a maximum penalty of five years in prison. A federal district court judge will determine any sentence after considering the U.S. Sentencing Guidelines and other statutory factors.

The FBI and Greenville Police Department are investigating the case.