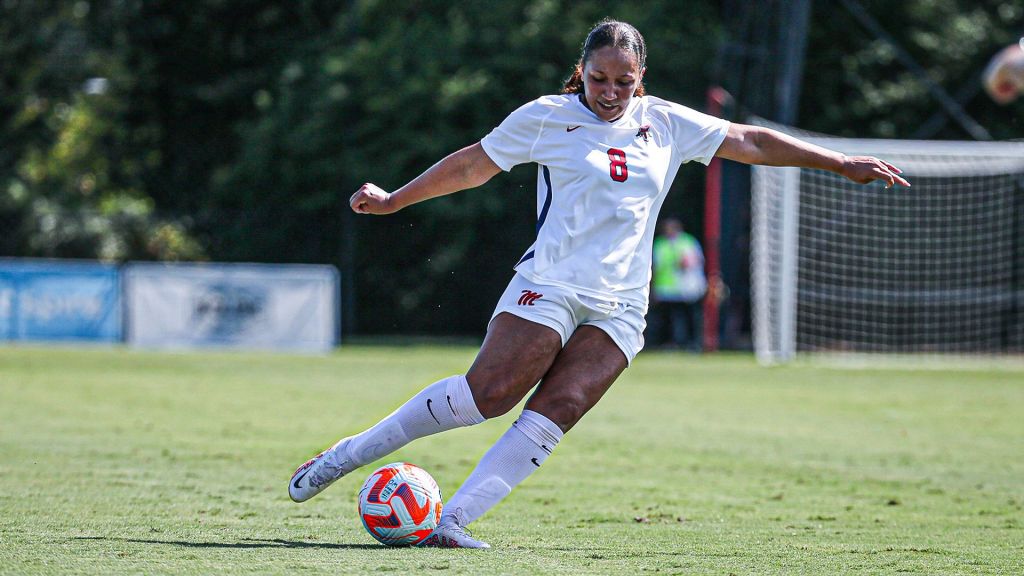 LEXINGTON, Ky. – In its SEC opening match, No. 15 Ole Miss (7-0-2) grabbed its first conference win of the season in a 2-1 victory on the road at Kentucky (7-2-0). The Rebels came out hot, scoring both goals in the first half, while holding the Wildcats scoreless in the second.

The Rebels wasted little time to take a lead over the Wildcats, with Ashley Orkus capitalizing off a free kick opportunity. Orkus booted the ball into the net from midfield, with Wildcats’ keeper catching a tip of it; however, the ball fell behind her for the first score of the game.

Kentucky responded 30 minutes later with a goal of its own off a corner kick, tying the game at one apiece.

Before the half could end, Stella Downing broke free with one defender to beat. As the junior headed toward the middle of the net, Downing drew a foul to place the Rebels in prime scoring position.

Kayla Chatman-Haggerty, called to take the penalty kick, drilled the shot off the right woodwork and into the net. Orkus and Chatman-Haggerty tallied their first goals of the season and as Rebels, as Ole Miss headed into the locker room with a 2-1 lead and never looked back.

Fouls continued to be a big part of an aggressive game, with both teams combining for 26 fouls and four yellow cards.

In the waning minutes of the game, the Wildcats took two final shots, with Orkus standing strong in goal on the way to tallying four saves on the night.

Ole Miss takes the weekend off and is back in Oxford next Thursday against Florida at 6 p.m. CT. The match will be available for streaming through SEC Network.