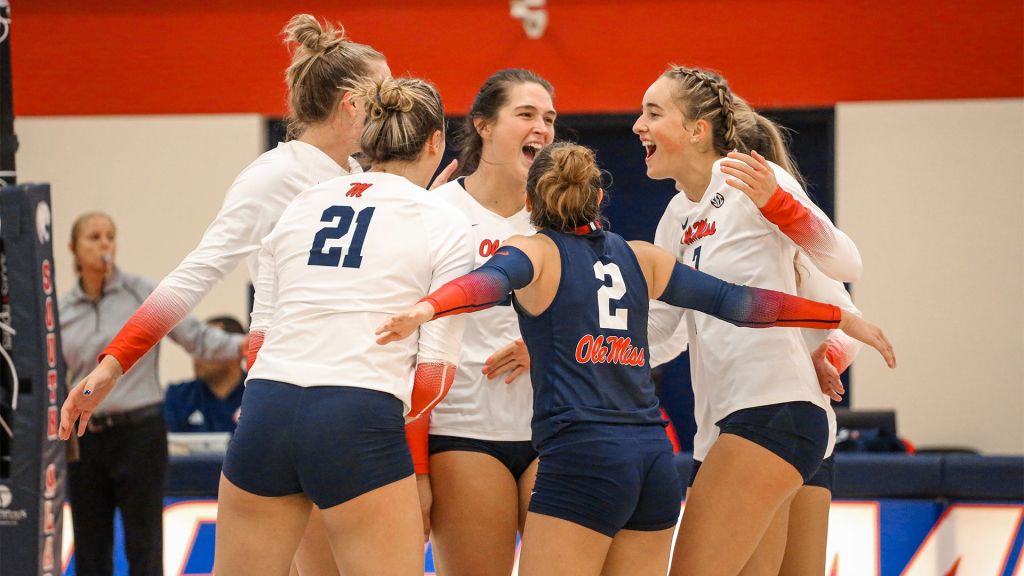 Ole Miss volleyball swept EKU on Friday to improve to 4-6 on the season. The Rebels will begin conference play next week when they face off with Texas A&M at home. (Ole Miss Athletics)

The Rebels (4-6, 0-0 SEC) bounced back after a tough defeat the night before to conclude their weekend at the Jaguar Invitational with a 2-1 record. Vivian Miller and Anna Bair each finished with 16 kills in the victory. It marked the second straight match Miller tallied a career best. Setter Aly Borellis navigated the offense with 58 assists, the most in her young career, and libero Cammy Niesen shined, digging 28 balls.

Ole Miss jumped out to an early lead over Eastern Kentucky, doubling up the Colonels early at 12-6 in the first set. Coming out of the timeout, the Rebels continued to roll as a kill by Miller sparked a 7-1 run. With an 11-point advantage, Ole Miss kept its foot on the gas and cruised to a 25-14 set victory.

Heading into set two, the Rebels looked to keep pressing. EKU held its ground, going point-for-point with Ole Miss before a big swing from Katie Corelli capped off a 3-0 run and gave the Rebels some separation at 17-14. The offense continued to stretch the lead as Bair feasted with six kills on eight attempts, including the final blow to take the set 25-20.

Eying the sweep, Ole Miss built up another early 10-5 lead but saw it dwindle as Eastern Kentucky slowly chipped away and climbed back into the match. Tied at 24 all, Bair slammed down back-to-back kills to clinch the sweep and send the Rebels home victorious.

Ole Miss returns to Oxford, where it will open SEC play against Texas A&M on Wednesday, September 21, at 6:30 p.m. CT in the Gillom Center.