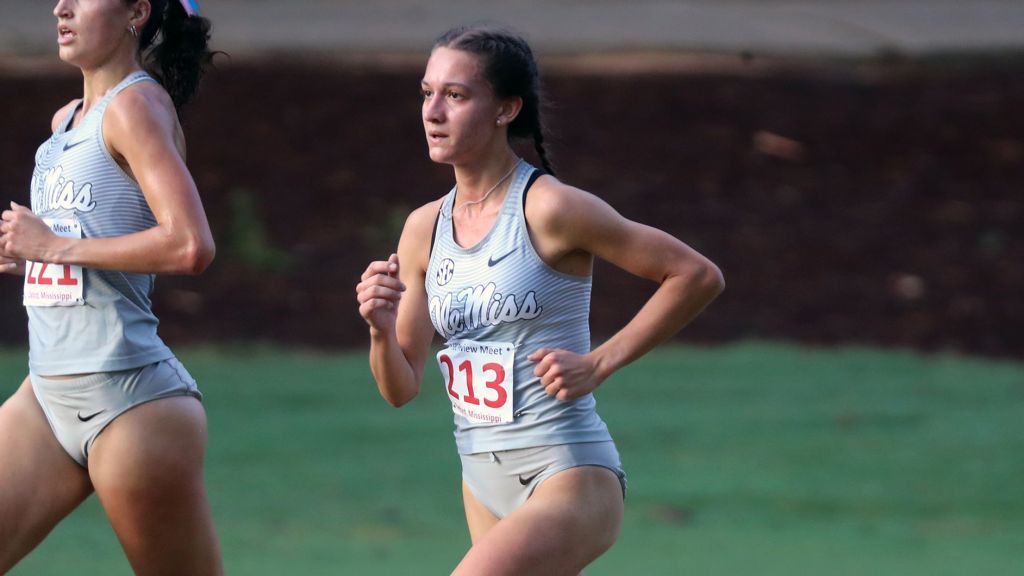 Ole Miss senior Ryann Helmers was named SEC women's Co-Runner of the Week on Tuesday after leading the Rebels to a perfect team score at the SEC Preview last Friday. (Ole Miss Athletics)

Helmers led the No. 16 Rebel women to a perfect team score at home in the SEC Preview last Friday, as Ole Miss bested Florida, 15-48, thanks to the five scoring Rebels all placing within the top-five spots. Helmers crossed the line first, winning the women’s 6K race at 20:29.2 in her season debut – currently the top 6K time in the SEC this year.

Helmers was one of eight Rebels in the top-10 in a dominant race, the first home meet for Ole Miss since 2017 and a preview glimpse of the conference championship that will be held in Oxford on Oct. 28.

Ole Miss will hit the road this week for Oklahoma State to get a preview of the national championship course at the Cowboy Jamboree, set for Saturday (Sept. 24) at 7:45 a.m. CT.