Portion of South 9th Street to be renamed Smallwood Drive 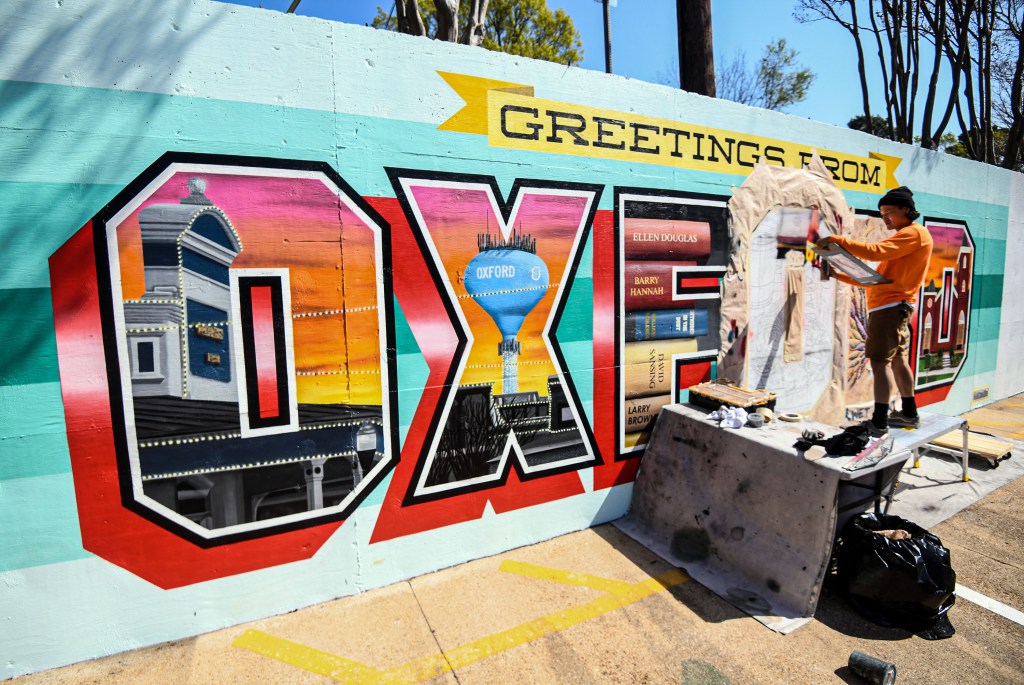 Victor Ving works on a mural behind City Hall in Oxford, Miss. on Tuesday, April 6, 2021. The mural features scenes from Oxford and highlights the city’s literary heritage as well.(©Bruce Newman)

A portion of South 9th Street in Oxford will be renamed to Smallwood Drive after a unanimous vote by the Board of Aldermen on Sept. 20.

The city was asked by the Circuit Clerk to rename this section of the street due to confusion in their system. The city consulted with fire and police officials to no objections. No residents live on this portion of the street, so no residential addresses will need to be changed.

During the same meeting, Mayor Robyn Tannehill reported on various projects across the city.

A turf platform has been installed in front of the mural behind City Hall to provide a safe place in the parking lot for visitors. The city is still working on a beautification project that will include a pocket park on the square.

“Once the park is done it is going to be a really cool area,” said Tannehill. “It will make a great place to take photos.”

Still in the early stages of development, residents will soon have the opportunity to provide input about the proposed new swimming pool facility at Stone Park. Size, layout, and proposed amenities will be determined as the project progresses.