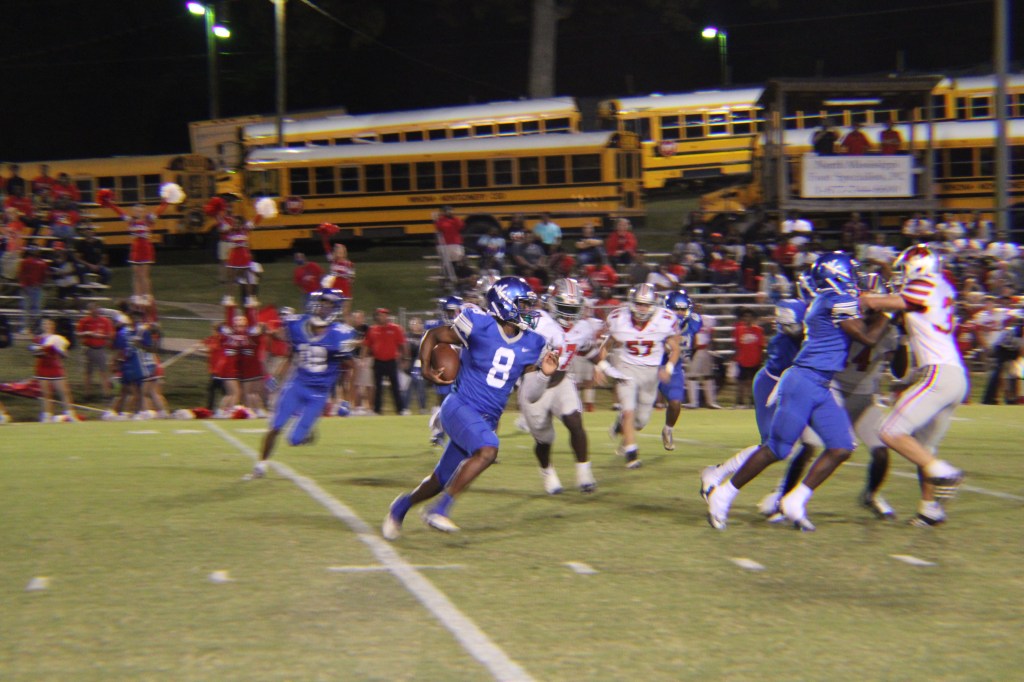 WATER VALLEY – Water Valley could not recover from their mistakes and Winona ran away with a 47-28 victory on Friday.

The Blue Devils could not contain the Tiger offense in the first half as both offenses went back and forth for most of the half before the Tigers pulled away.

“They are a good team. We just left a few plays out there, especially in the first half. They are very physical up front and do a really good job of using it in the run game. When you can do that the way they do, you will be tough to beat,” said Water Valley coach Brad Embry.

Winona started the scoring early when Chase Richardson scored on a 3-yard scamper. Water Valley (2-3) would answer back with a 75-yard touchdown on the ensuing kickoff to tie the game at 7-7 after the extra point. The Tigers would answer back with a 25-yard touchdown pass from Richardson. CJ Telford responded with a 44-yard touchdown run. The Tigers ran off 14 straight points to take a commanding lead going into halftime. The Tigers would use big plays to capitalize on Water Valley mistakes and score on a 4-yard run by Chase Richardson, set up by a 54-yard rush by Zay Nash, and a 43-yard pass from Richardson to Camron Robinson.

The Tiger defense kept the Blue Devil offense under control most of the half by forcing a Telford interception and multiple punts. The Water Valley offense scored on two touchdown passes in half from Telford. Telford  hit Saveon Freeman on a 30-yard score and Que Carothers on a 33-yard score to try and cut into the Tiger lead.

The Tigers sealed the game on an interception late in the fourth quarter at midfield. Winona quarterback Chase Richardson rushed for 140 yards and four touchdowns on the night and went 5-8 with two passing touchdowns.

This game was the Blue Devils’ last non-region game of the year as they open region play in two weeks. The Blue Devils will look to finish atop Region 1-3A as they finished second in the division last season behind Kossuth.

“We have been tested. We have played Senatobia, Winona, and Calhoun city to prepare us for region play. We know what we are good at and what we need to improve on, and we need to do that quickly,” said Embry.

Water Valley will return to action on Oct. 7 after the bye week, as they travel to Mantachie(4-0) to open MHSAA Region 1-3A play. Water Valley defeated Mantachie 49-14 last season. 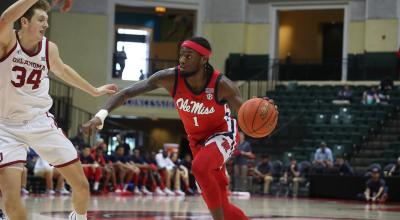