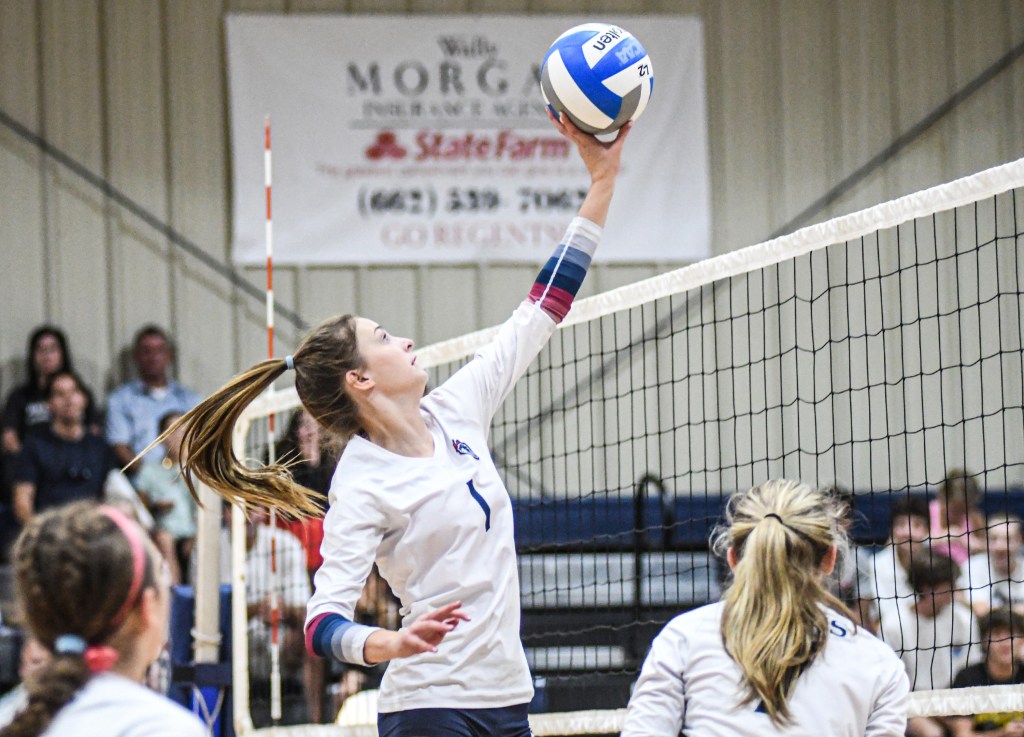 The Lady Lions (14-13) played from behind for nearly the entirety of the match—overcoming large deficits in the first, second and fourth sets as they battled through adversity time and time again.

“We came off of a really rough loss last night so I honestly didn’t know what to expect tonight—I didn’t know where our morale was going to be, so I was just glad to see them play consistently at first,” said Regents head coach Kacie Hengler. “We just really came together as a team and fought and that’s really what I wanted to see tonight.”

The Lady Lions overcame an outstanding performance from Lafayette’s Harmony Jackson—who racked up 30 kills and 13 digs in the match as she put the Lady Commodores (12-9) on her back.

“I think a lot of it was keeping them in the right mindset,” Hengler said when asked how her team approached Jackson. “You’re gonna have three hard rotations where Harmony’s in the front row; when Harmony gets to the back row—that’s our time to capitalize.”

Lafayette head coach Taylor Elliott said her team struggled to respond to the Lady Lions’ in-game adjustments, which left them searching for answers at times while Regents rattled off point after point.

“I saw, in the sets that we lost, us dig holes. We got up in the beginning—we had a lead and then would give it away. They have a good coach and she does make adjustments so it just took us a minute to adjust to her adjustments. That’s something that our team is working on,” Elliott said.

The Lady ‘Dores also had trouble adjusting to a new lineup that featured Sara Jane Wilburn at outside hitter and Chloe Carr at libero.

“This was the first time we tried this lineup and we did it because it’s a non-district team so it’s a good time for us to practice. I’m putting them in this uncomfortable situation so they’re having to adapt not only to the other team but also to the people who are around them,” Elliott said. “That’s okay with me because we’re just learning from every game, every set, every point to prepare for what our real goal is.”

Lafayette moves on to face Lake Cormorant at home on Thursday in their final region game of the season.

Regents will have the rest of the week off before traveling to Flowood to take on Hartfield Academy on Tuesday.