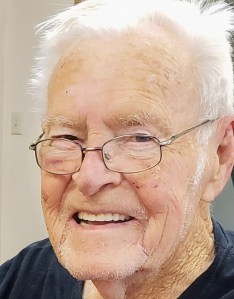 Mr. C.L. Sapp, 86, died Tuesday, September 27, 2022, at Gainesville Health Care Center in Gainesville, MO. The funeral will be Tuesday, October 4, 2022, at 11:00 A.M. in the chapel of Waller Funeral Home in Oxford, MS, with Rev. Hilton Lane officiating. Visitation will be held prior to the service beginning at 10:00 A.M. Burial will follow in Abbeville Cemetery.
Mr. Sapp was born August 8, 1936, in Olton, Texas. A veteran of the United States Marine Corp, he proudly served his country during the Korean War. Mr. Sapp worked as an electrician, but was well-known as a Jack-of-all-Trades, always taking on odd jobs and various projects. An outdoorsman by nature, he enjoyed fishing and hunting in his spare time. A devout member of First Baptist Church of Abbeville, MS, Mr. Sapp cherished his church family and was always willing to lend a hand when needed. In addition to his parents, he was preceded in death by his beloved wife, Eileen Bonds Sapp; his son, Christopher Lee Sapp; and his siblings.
Mr. Sapp is survived by his four sons, David Sapp and wife, Rhonda of Midland, TX, Keith Cofer and wife, Debra of Isabella, MO, Ken Cofer and wife, Erin of Franklin, TN, and Bryan Sapp and wife, Sarah of Oxford, MS. He also leaves behind 10 grandchildren and numerous great-grandchildren