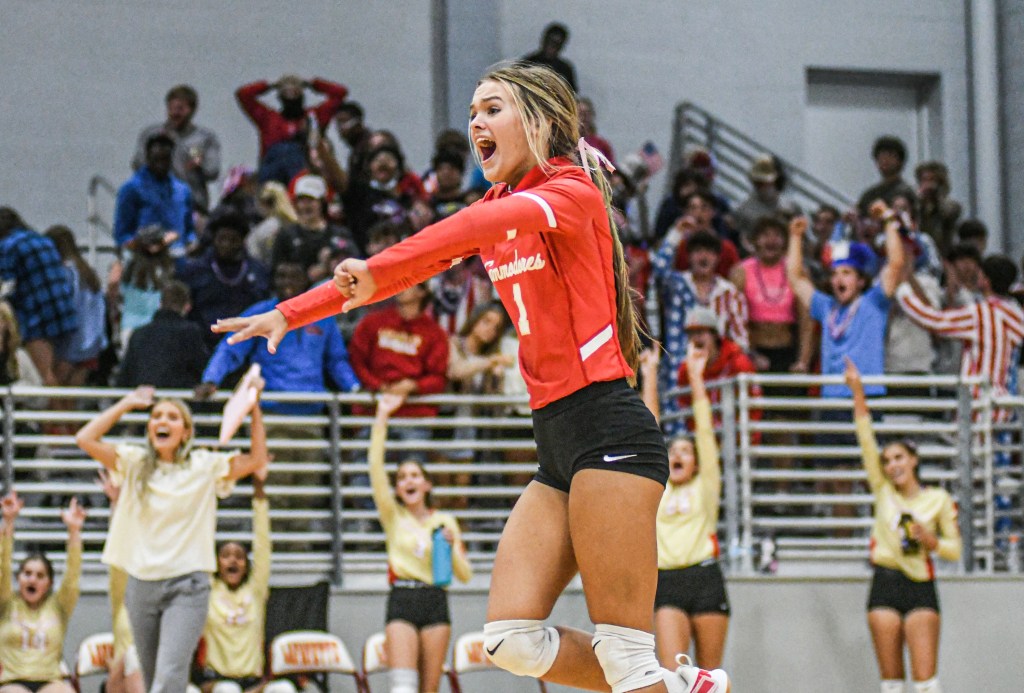 Lafayette’s Chloe Carr etched her name into the school record books on Tuesday as she became the first player in school history to reach 1,000 career digs.

The sophomore Libero reached the milestone during the Lady Commodores 3-2 loss to Regents at home on Tuesday, and was presented with a commemorative ball in a ceremony on Thursday.

“It means a lot. Since my eighth-grade year I’ve been wanting to do that because I saw all the older girls setting that goal and I said ‘ok that’s my first goal,’ and I just kept working at it,” Carr said.

The young star has been asked to play a variety of roles for Lafayette this season—spending time as a defensive specialist, outside hitter and Libero for the Lady ‘Dores as they defend their Class 5A North Half title.

“I kind of saw it coming but I kind of had to mentally prepare myself when coach told me,” Carr said. “I didn’t mind I just want to do whatever is best for the team… it’s kind of different because I go from doing everything to just passing so it’s just a little different.”

Carr has excelled in each of those roles—leading the team in digs while racking up plenty of assists and kills as well.

“She’s an extremely determined player. We definitely rely on her for leadership in the back row and so, as a sophomore, she’s definitely a leader for our program and we just encourage her to set new goals,” said head coach Taylor Elliott. “The one thing I need from her on the court moving forward is confidence and leadership.”

The Lady Commodores were swept by Lake Cormorant at home on Thursday in a heartbreaking loss that cost them the Region 1-5A title.

They will play three more tune-up matches next week before taking on Greenville in the first round of the playoffs on October 8.