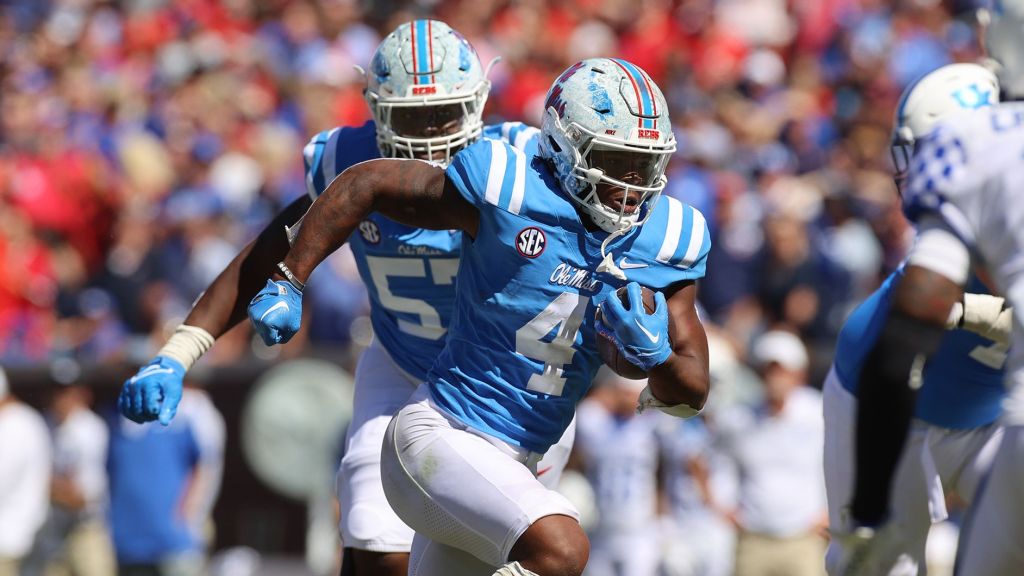 BIRMINGHAM, Ala. – After leading Ole Miss football to a top-10 win over Kentucky at Vaught-Hemingway Stadium, Quinshon Judkins and Micah Pettus earned weekly honors from the Southeastern Conference.

Judkins continued his phenomenal freshman campaign, racking up 106 yards on just 15 carries with one touchdown in his SEC debut against the Wildcats. The rookie out of Pike Road, Alabama, is the leading rusher on the No. 5 rushing offense in college football with 535 yards and six touchdowns on 85 carries.

Judkins leads all freshmen nationally in rushing yards and leads all SEC rushers in yards per carry at 6.3. He has scored a touchdown in four of his five career games and has already reached the end zone more times this season than any freshman running back in the SEC since 2019.

He keyed a line that did not surrender a sack, recording 10 knockdowns with no pressures or missed assignments.

Behind Pettus, the Rebel rushing attack totaled 186 yards and averaged 4.8 yards per carry against a stingy Kentucky defense.

Judkins, Pettus and the Rebels will hit the road this weekend to take on Vanderbilt. Saturday’s kickoff is set for 3 p.m. CT on SEC Network.