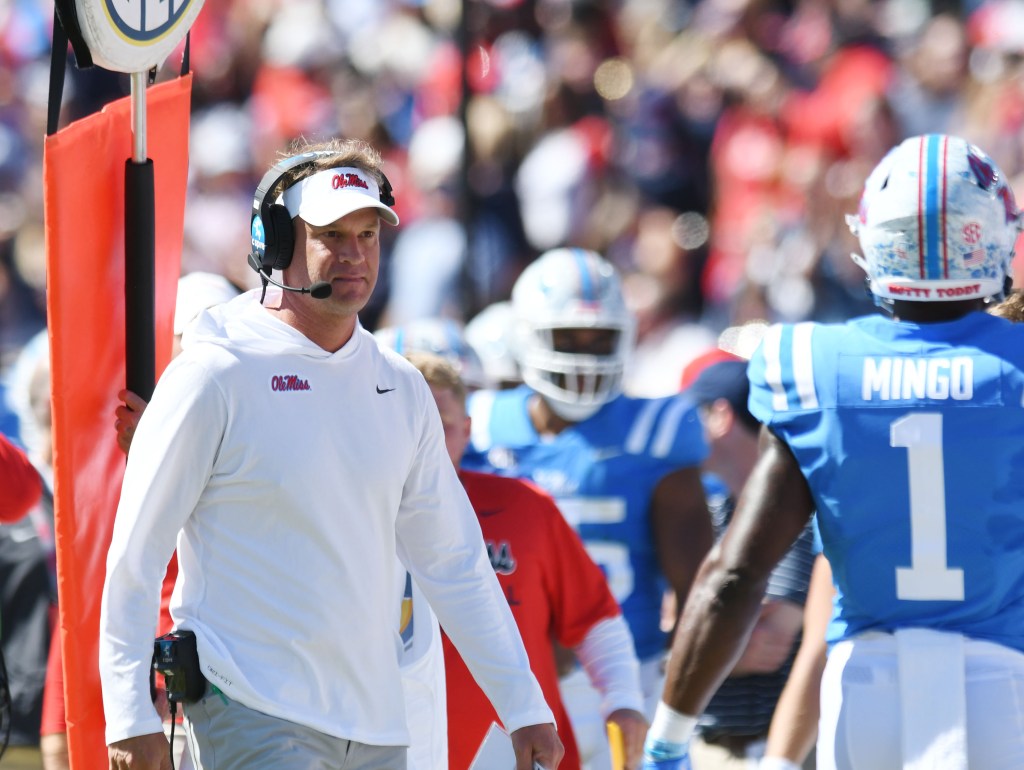 ATLANTA – Officials from the Bobby Dodd Coach of the Year Foundation and Chick-fil-A Peach Bowl today announced that Ole Miss head football coach Lane Kiffin has been selected as The Dodd Trophy Coach of the Week presented by PNC.

The Dodd Trophy Coach of the Week award honors a football coach who led his team to a significant victory during the previous week, while also embodying the award’s three pillars of scholarship, leadership, and integrity.

Ole Miss remained undefeated after defeating the No. 7 Kentucky Wildcats 22-19 Saturday in the Rebels’ first conference game of the season. The Ole Miss defense forced two fumbles on the final two Kentucky drives to preserve the three-point victory in Oxford, Mississippi.

Under Kiffin, the Rebels have now won 13 consecutive home games, dating back to November 2020. The win moved Ole Miss up five spots inside the AP top-10, to No. 9.

“Coach Kiffin has sparked new life into the Ole Miss football program, building off of last season’s success and starting the 2022 season 5-0,” said Jim Terry, chairman of the Bobby Dodd Coach of the Year Foundation. “This win required success in all three phases of the game, something Coach Dodd always stressed with his own players.”

Kiffin was named the Ole Miss head football coach in December 2019 and has coached the Rebels to a 20-8 record through three seasons. Kiffin led Ole Miss to back-to-back bowl appearances in his first two seasons, including a 10-3 record last year, which was the program’s first-ever 10-win regular season in its history.

Working with the Ole Miss Social Responsibility and Engagement program, the Ole Miss football team has organized numerous community events for families in surrounding towns. Under Kiffin, the team has also worked alongside CASA of Lafayette County, allowing the Ole Miss student-athletes to visit and give back to local elementary school students over the last two years.

The 2021 academic year saw Kiffin’s group of student-athletes post a perfect Academic Progress Rate of 1000, a feat only seven FBS schools accomplished. The Rebels also had a Graduation Success Rate of 73 last year.

“While his on-field coaching has put Ole Miss atop the SEC, Coach Kiffin’s commitment to building his student-athletes off the field has been just as impressive,” said Peach Bowl, Inc. CEO & President Gary Stokan. “Coach Kiffin was recently named to the Dodd Trophy Preseason Watch list for all he’s achieved to date at Ole Miss, and earning Coach of the Week honors signifies his continued commitment to embodying the three pillars of scholarship, leadership and integrity.”

The Dodd Trophy presented by PNC– along with the Dodd Trophy Coach of the Week Award – celebrates the head coach of a FBS team who enjoys success on the gridiron, while also stressing the importance of scholarship, leadership and integrity.

A panel consisting of all previous winners, national media, a member of the Dodd family and a College Football Hall of Fame member will identify the final list of potential recipients at the conclusion of the 2022 season. The winner of the 2022 Dodd Trophy will be announced in Atlanta during the week of the College Football Playoff Semifinal at the Chick-fil-A Peach Bowl.