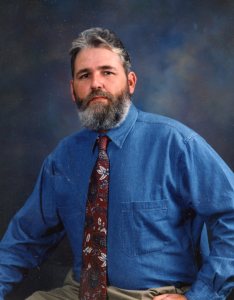 Mr. Raymond L. “Bubba” Davis, 67, died Friday, September 30, 2022, at Baptist Memorial Hospital – North Mississippi. The funeral will be Monday, October 3, 2022, at 3:00 P.M. in the chapel of Waller Funeral Home with Rev. Zach Anderson officiating. Visitation will be held prior to the service beginning at 1:00 P.M. in West Hall of Waller Funeral Home. Burial will follow in Cambridge Cemetery.

Born on October 25, 1954, to the late John and Johnnie Davis, Bubba was a lifelong resident of Lafayette County, MS. He proudly served his country in the United States Army, before beginning his career in trucking with FedEx. A loyal and trustworthy employee, Bubba loved his company and was proud to drive for FedEx, known as “Hubba Bubba” by his coworkers and fellow truckers. In 1978, he married his wife, Glenda, and started a family. Bubba never shied from hard work, but instead found purpose in providing for his family. It was important to him to set an example for his boys, raising them to hold the same values. Bubba could set the tone of any room, known for his warm and social personality, he always had a smile on his face and wanted to make sure you did, too. A football and sports fanatic, Bubba could spend hours on the phone with his friends, going over the game play by play. When he retired from trucking, he enjoyed tending to his farm and cows, and spending more time deer and coon hunting. Most of all, Bubba treasured the extra time he could spend with his family. Bubba was proud to see his once young boys now grown into men, raising their own families. Becoming a grandfather was one of the greatest joys in his life, and he looked forward to any time he could spend with his grandchildren. In addition to his parents, Bubba was preceded in death by a sister, Glenda Davis.

Expressions of sympathy or memorial contributions in Bubba’s memory may be made to Cambridge Cemetery Fund, 15 County Road 1012, Oxford, MS 38655.