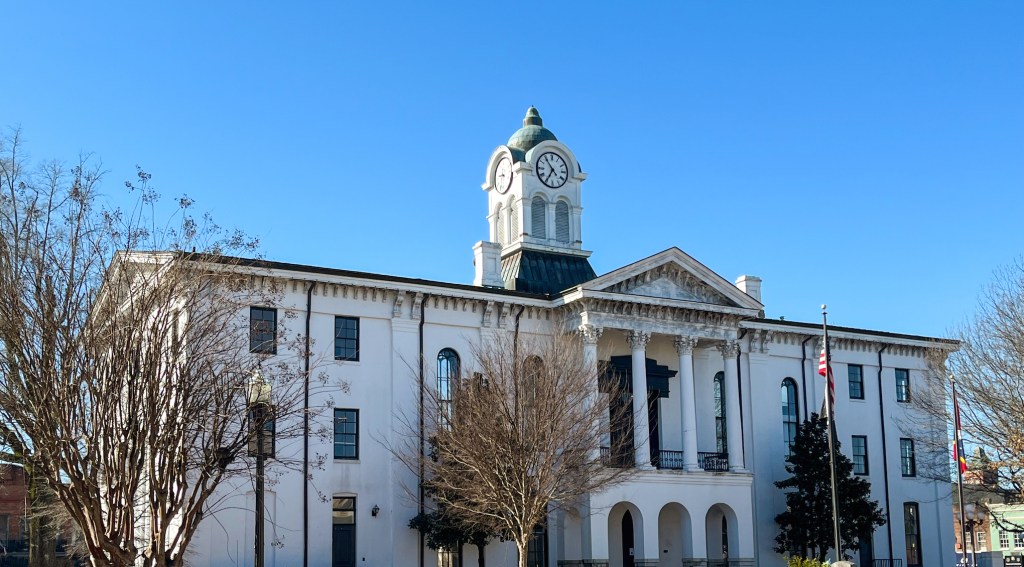 Lafayette County received over $213,000 from the Mississippi Department of Archives and History this week to restore windows in the county courthouse.

The League of Women Voters Oxford/North Mississippi announces a Special Series: Lafayette County 2022 County Judge Candidates Forum (Non-Partisan) via Zoom from 6-7:30 p.m. on four evenings during October. Zoom is being used to reach voters in the County who may not be able to attend a live program in Oxford. All eight candidates have accepted the invitation to appear. The series consists of four sessions with each session presenting two candidates. Candidate order is by last name alphabetical order.

Moderators Joanne Irene Gabrynowicz and Don Mason will lead candidates through each session, which will include opening and closing statements as well as a question-and-answer portion.

Joanne Gabrynowizc, Chairman of Program Committee commented, “This is an opportunity for Lafayette County residents to learn about the new County Court and the candidates. The Court will touch the lives of many county residents.”

The League of Women Voters Oxford/North Mississippi is a nonpartisan organization dedicated to promoting political responsibility through informed and active participation in government. They do not support or oppose any political party or candidate.