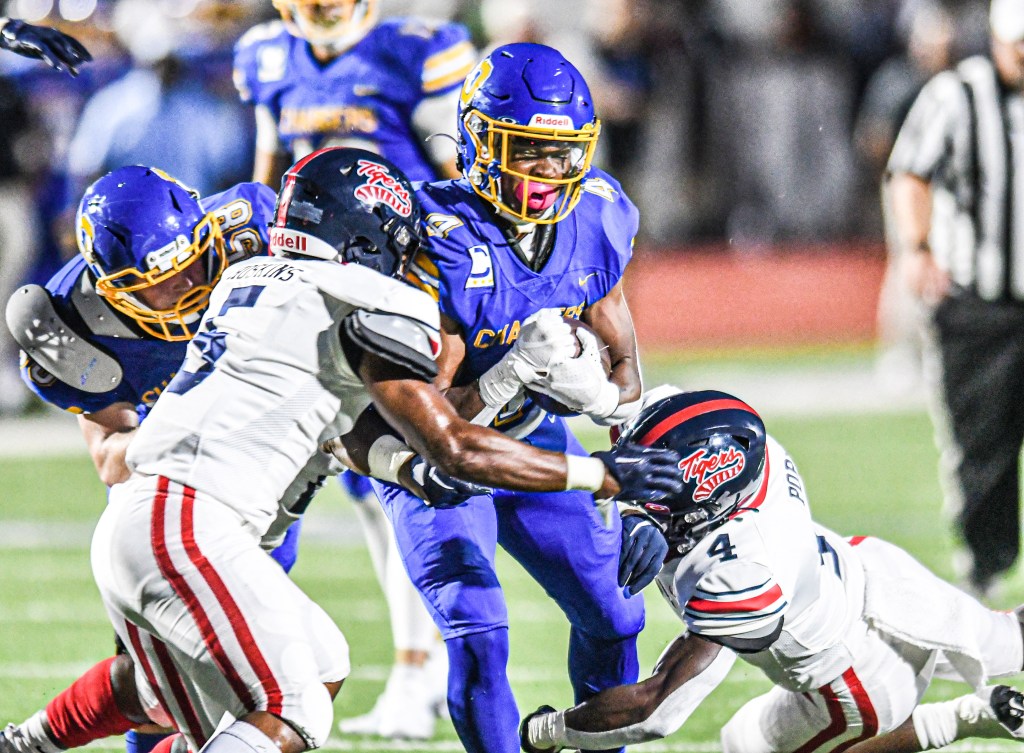 Oxford football will try to get back on track following a blowout loss at the hands of Tupelo last week as they play host to Germantown on Friday with a chance to get back above .500 in district play.

The Chargers (3-2, 1-1 Region 2-6A) were unable to get anything going offensively against the Golden Wave—managing just 92 yards of total offense en route to a 35-0 defeat.

“I think they did a great job of challenging us—loading the box challenging us to make plays in the passing game,” said head coach Chris Cutcliffe. “On the flip side they were able to make a few really big games in the passing game that really were the difference in the game… We had some miscommunication on the back end and left people running free down the field so those are things we’ve got to correct.”

Cutcliffe added that his team has responded well to the loss in practice so far—working with enthusiasm and intensity during the Fall Break.

“I thought we responded really well on the practice field,” he said. “It was a lot of intensity and a lot of energy and enthusiasm on the field and eagerness to get back to work and fix the issues that presented themselves Friday night.”

Oxford now turns their attention to a Germantown squad who snapped a three-game losing streak last week with a dominant win over Murrah.

The Mavericks started the season with back-to-back wins over Vicksburg and Canton before running into a difficult stretch of their schedule that featured games against Warren Central, Gulfport and Clinton.

They now travel to Oxford for a matchup between two teams eager to get back on track as they get further into district play.

“They’re quarterback is a good runner, he does a really good job—you know they use different formations and run different things to create some advantages in the run game so we’ve got to do a great job with our alignment and assignments defensively because they’ve run the football pretty consistently throughout the season,” said Cutcliffe.

Cutcliffe stressed the importance of this game as a regrouping point for his team—saying that a win over the Mavericks will provide a much-needed shot in the arm before they embark on a brutal stretch of region games.

Oxford will face Clinton and Starkville at home in the coming weeks before traveling to Grenada for a battle with the scrappy Chargers. They then return home for a difficult battle with No. 3 Madison Central to close out their regular season.

“I think it’s definitely important to get back on track and play well,” Cutcliffe said. “The region that we’re in is extremely challenging and we’ve got a lot of tough games left ahead so getting the rest of the year off on the right foot this week is extremely important.”