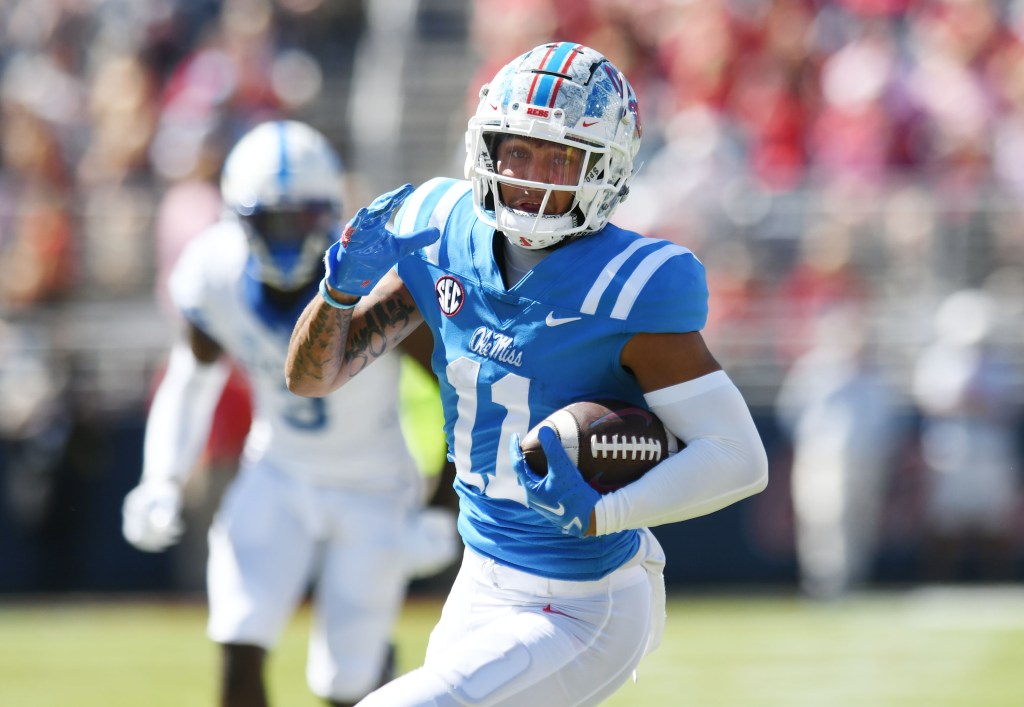 No. 9 Ole Miss travels to Nashville this weekend as they prepare to take on Vanderbilt in the first road contest of their SEC schedule.

The Rebels (5-0, 1-0 SEC) are coming off a thrilling upset of then-No. 7 Kentucky in which their defense forced a pair of key turnovers late in the game to seal the victory.

They will attempt to remain unbeaten against a Vanderbilt squad that has struggled to even put up a fight against Power Five opponents this season.

The Rebels will likely air it out a bit more against the Commodores after taking a ground-and-pound approach through the first five games of the season.

The matchup will be a valuable test for quarterback Jaxson Dart, who has eclipsed 200 yards passing just two times this season. He should have plenty of opportunities to showcase his improved poise in the pocket and accuracy downfield on Saturday in what could be a statement game for the Rebels.

Ole Miss faces a difficult stretch of their SEC slate in the coming weeks, and a convincing win over their cross-division rival will go a long way towards building momentum for a team that has struggled to move the ball effectively in the second half all season.

The Rebels will face off against the Commodores at 3 p.m. ET on Saturday at FirstBank Stadium in Nashville, Tennessee.