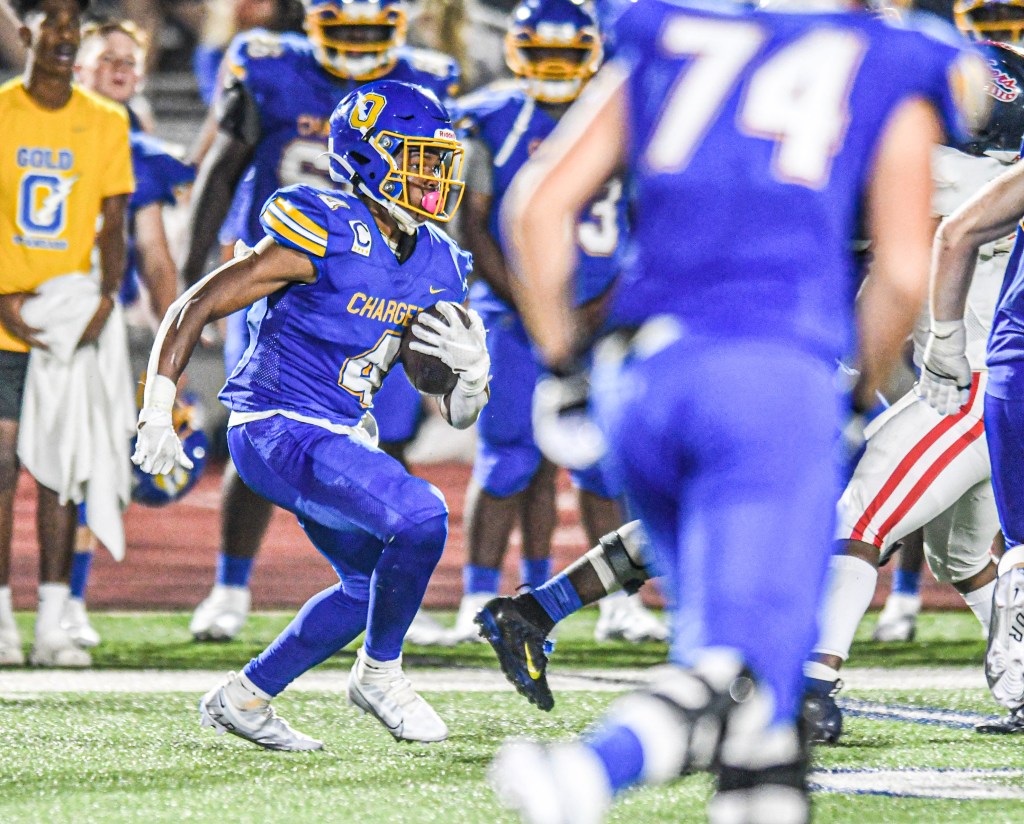 Oxford’s Roman Gregory (4) catches a pass and runs in for a touchdown against South Panola at Bobby Holcomb Field in Oxford, Miss. on Friday, September 2, 2022. (©Bruce Newman)

Oxford running back Roman Gregory and linebacker Martavis Blackmon were each named to the North Half roster for the 2022 Bernard Blackwell All-Star game, the Mississippi Association of Coaches announced on Wednesday.

The two stars will participate in the annual event on Dec. 17 at Milner Stadium in Gulfport, Mississippi.

Oxford head coach Chris Cutcliffe said it was an honor for his team to be so well-represented in the state’s all-star games.