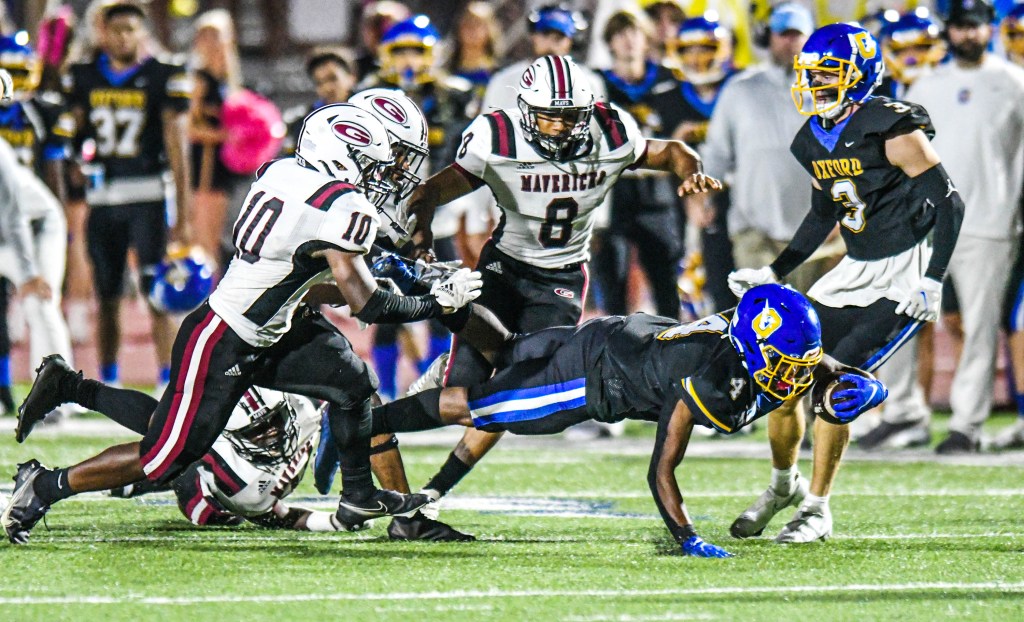 Oxford (3-3) was unable to bounce back from last week’s loss in Tupelo on Friday night, losing against Germantown (4-3) by a score of 26-16. The loss was the end of a 21-game home winning streak for the Chargers that dated back to 2018.

The Chargers were on the back foot from the opening kickoff. An opening drive safety followed by a three yard Germantown rushing touchdown by junior running back Jeremiah Washington put the Mavericks up two scores early.

“We have to play better early,” Oxford head coach Chris Cutcliffe said. “That’s two weeks in a row that we haven’t done that and you know that’s my job to have our team ready to play. I didn’t get the job done, so we have to get better.”

Oxford started the second half with a sense of urgency by getting a quick stop, but the offense was never able to find the success needed to engineer a comeback in the game. A 67-yard touchdown from Howard to junior receiver Dane Harmon cut the lead to 26-16 with over 11 minutes remaining, but the Chargers just couldn’t finish enough drives to complete the comeback.

“Hats off to them, they played a heck of a game,” Cutcliffe said. “We have to do a better job of getting our team ready to play.”

Oxford will carry the two game losing streak into another home matchup next Friday, this time with the Clinton Arrows. The Chargers will have to find a way to respond after being outscored by a combined 61-16 in their last two games. A loss would make it incredibly difficult for the Chargers to forge a path to the playoffs.

“You’re defined often times by how you respond to something,” Cutcliffe said. “We have an opportunity to show who we are as a program and respond to a really difficult scenario starting next week.”