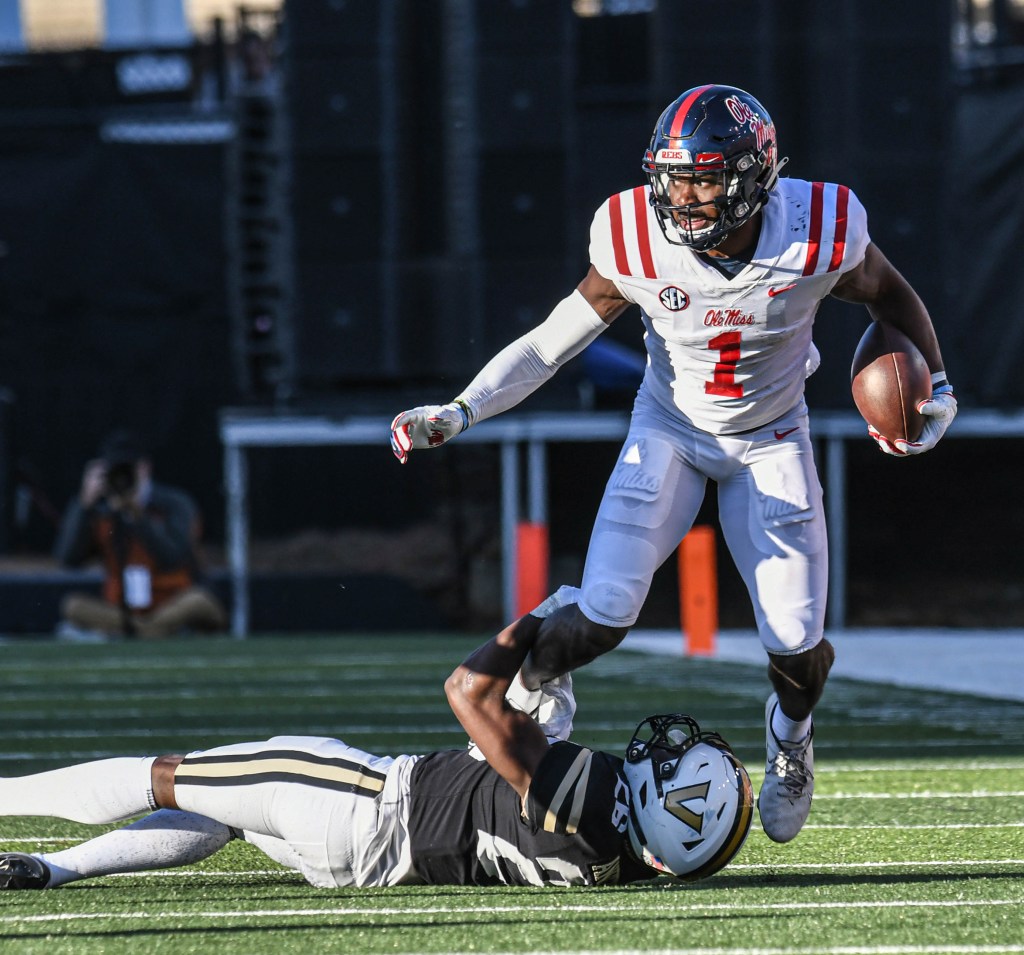 Saturday in Nashville, Mingo exploded for 247 yards and two touchdowns on nine receptions, the most receiving yards in a single game in program history, breaking the previous mark of 238, set by Elijah Moore, also at Vanderbilt, in 2020.

Mingo’s performance comes as the top receiving output in the FBS this season, edging the 246-yard game by Kent State’s Dante Cephas against Ohio on Oct. 1. It is also the 13th-best receiving performance in SEC history and the best since LSU’s Kayshon Boutte tallied 308 against the Rebels in 2020.

Mingo hauled in career-long touchdowns of 72 and 71 yards, as well as a key 48-yard reception to set up a touchdown late in the first half. After the incredible outing at Vandy, Mingo is now the SEC’s leading receiver on the season. Thanks to the huge plays against the Commodores, Mingo is averaging 23.0 yards per reception, good for first in the SEC and second in the nation.

The Preseason All-SEC selection started his 32nd career game against Vandy, the most on the Rebel roster.

Mingo and the Rebels return to action this weekend to host Auburn. Kickoff for the SEC matchup is set for 11 a.m. CT on ESPN at Vaught-Hemingway Stadium.