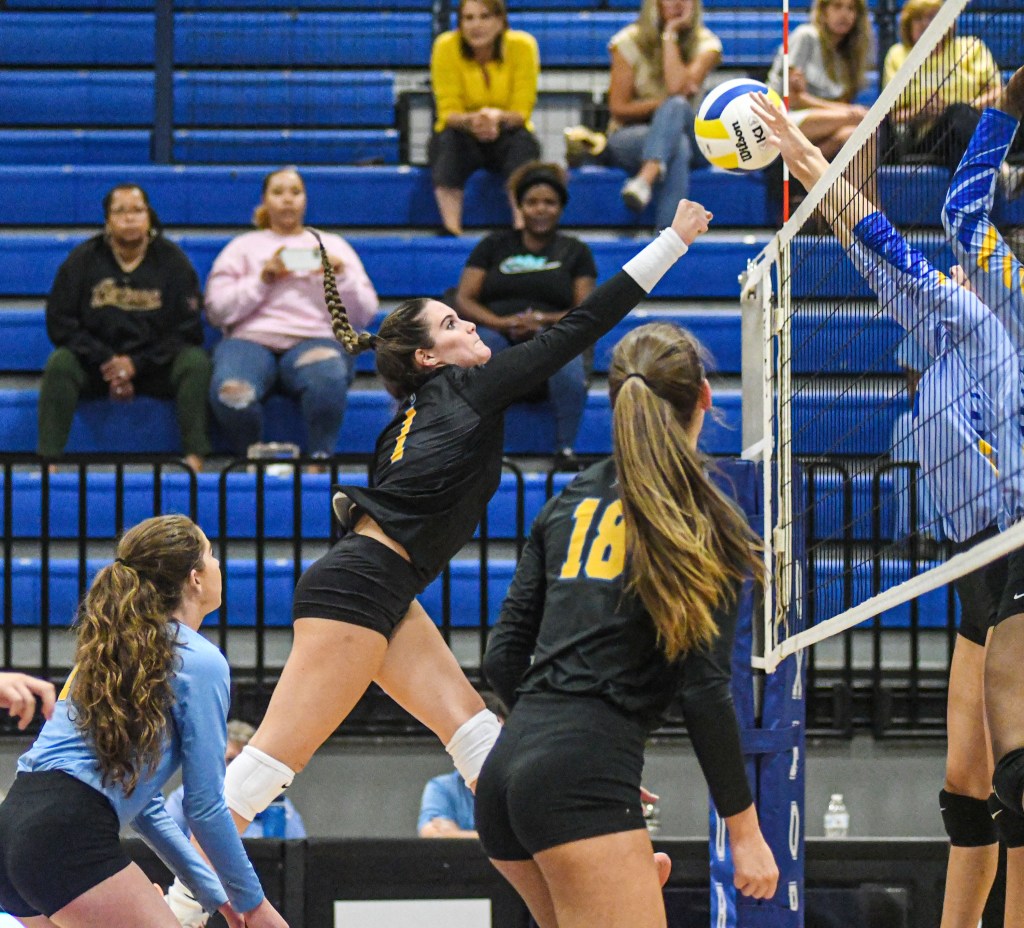 In a year full of milestones, Oxford volleyball celebrated another historic achievement this week as outside hitter Bree Lyons broke Maggie Hobson’s school record for career kills with 988.

The senior captain broke the record with her third kill in the Chargers’ three-set thriller with Brandon last week, and was notified about the accomplishment in a private ceremony on Monday.

Today was a fun and special day for our program – @breelyons16 found out that she’s now the career leader in kills for oxford volleyball with only needing 21 to get to 1000!
Her brother who is currently stationed in Hawaii was the one who got to tell her! 💙💛🏐 pic.twitter.com/Qd7lyPiqF0

Head coach Ashley Martin asked Lyons’s older brother, who is currently stationed in Hawaii, to record a video that informed her about the feat and shared it with the team prior to their practice.

“I knew her brother was stationed in Hawaii and hadn’t been able to be here for her senior year and I knew how much her brother means to her so I thought ‘why don’t we do it like this?’ and it worked out really well,” Martin said.

Lyons said she has always been close with her brother, adding that she was glad to be able to share the moment with him.

“It’s kind of crazy, he actually told me, ‘I want you to make your name here, to break a record or something,’ so that [moment] was awesome,” Lyons said. “I had no idea that I was even getting close to [the record] and they way they showed it to me was so special because I haven’t talked to my brother for a long time…He’s one of my biggest heroes because he’s such an inspiration to me, so it was really special.”

Lyons now sits 12 kills away from becoming the first player in school history to eclipse the 1,000-mark after the Chargers’ victory over Southaven in round two of the MHSAA Class 6A playoffs on Tuesday.

She will have a chance to go for the record on Thursday when Oxford hosts Madison Central in the North Half semifinals at 6 p.m. in the Oxford High School Gymnasium.