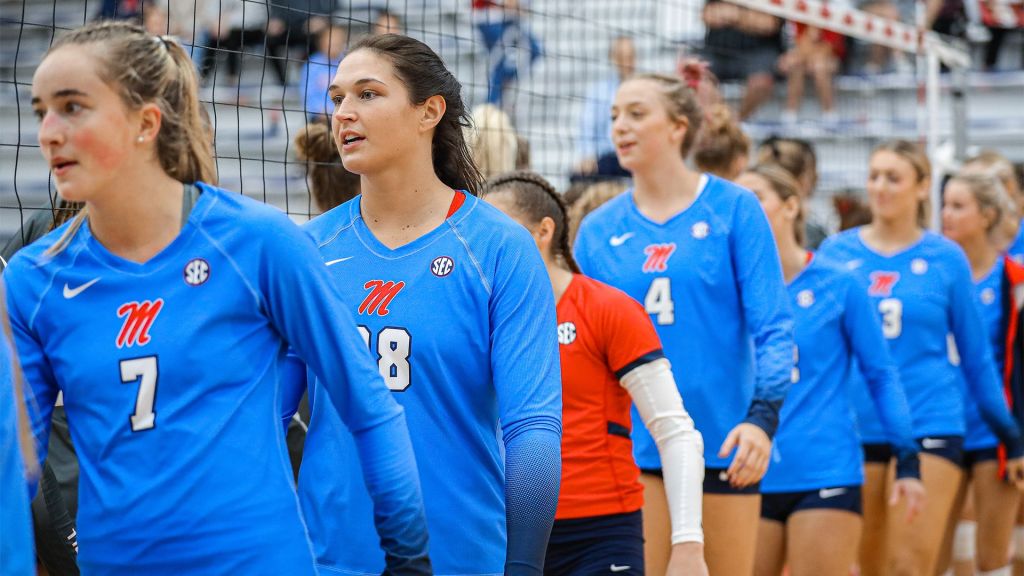 LEXINGTON, Ky. – Ole Miss had its chances against No. 19 Kentucky, but big runs proved costly in the end as the Rebels fell 3-1 inside Memorial Coliseum Wednesday night.

Kentucky came out hot, opening the match with an 8-1 run before Banwarth called timeout. Miller and the Rebels managed to side out coming out of the break, but the Wildcats continued to build the lead to 10. The double-digit advantage proved to be too much to overcome as Kentucky captured set one 25-15.

Ole Miss finally settled into the match as Ratliff sparked a 6-0 run to put her team up 8-3, and Kentucky was forced to call a timeout. Things continued to click for the Rebels, who saw their lead grow. A massive block from Payton Brgoch out of the Wildcats’ second timeout made it 19-12. Just when it looked like Ole Miss was going to run away with the set, a late 10-1 run for Kentucky gave the Wildcats the lead and put pressure on the Rebels. However, Ole Miss didn’t back down, clawing back to force three set points and survive one to take the second set, 28-26, and even the match.

The Rebels looked to have the edge early on, but the momentum quickly changed as Kentucky opened up a 12-0 run spanning both Rebel timeouts. Trailing 15-6, Brgoch finally helped the Rebels snap the scoring run, finding the floor with her seventh kill of the match. Unfortunately, it was too late as Kentucky continued to run away with the set, winning it 25-12.

It was a battle to start set four, with Kentucky holding a slight advantage. The Rebs hung within striking distance after a kill from Katie Corelli make it a three-point contest at 7-10. The Wildcats do what they’ve done all night and open up a little 4-0 run and force Ole Miss to call timeout down 14-7. Embarked on a comeback attempt, climbing back within three at 14-17 and prompting Kentucky to regroup. Had a chance to reverse the momentum after Banwarth won a pivotal challenge call, but the Wildcats remained in control to cap off the match with a 25-20 set victory.

Ole Miss returns to Oxford, where it will have the weekend off from competition. The Rebels are back in action next weekend, hosting Missouri on October 21 and 22 at the Gillom Center.