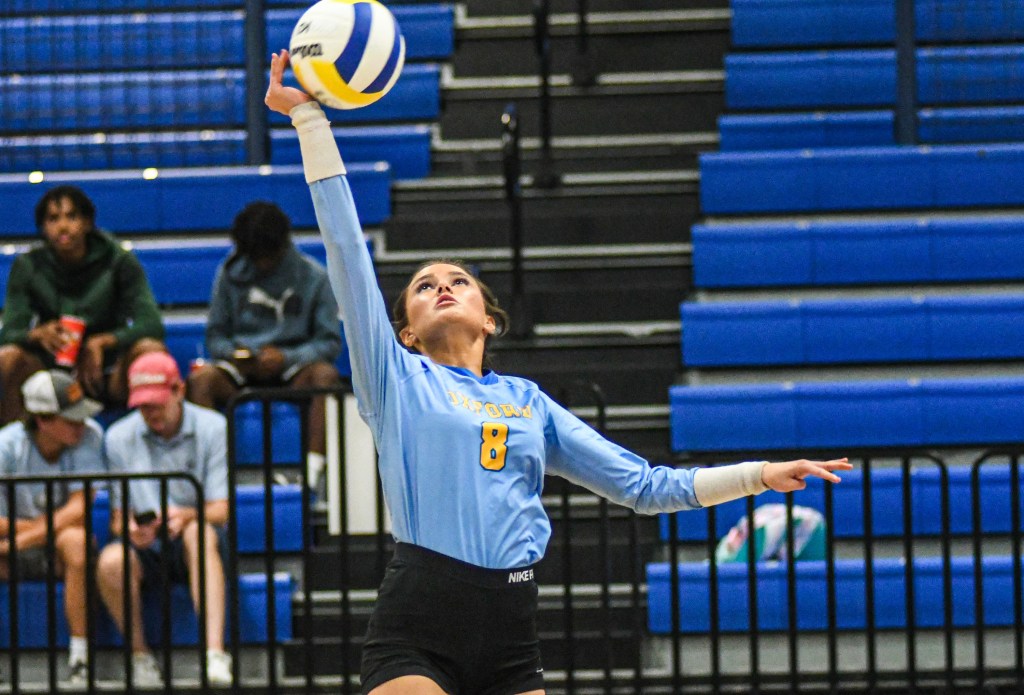 Oxford's Michael Ann East (8) rises to tap the ball over the net against Southaven on Tuesday. (©Bruce Newman)

Oxford volleyball saw their season come to a close on Thursday as they were knocked out of the playoffs by Madison Central in the North Half semifinals.

The Jaguars jumped out to an 8-2 lead in the opening set and a 10-5 lead in the second set as they took advantage of a few costly mistakes by Oxford.

The Lady Chargers managed to rally back in each set, but the Jaguars slammed the door on their comebacks with relentless attacks and strong team defense.

“They came out firing on all cylinders, they were swinging the heck out of that ball,” said head coach Ashley Martin. “I thought we had some good points in the game and I thought we did a good job adjusting to them later on but I was just proud of the fight we showed.”

Oxford tried to mount a comeback after dropping each of the first two sets—winning a hotly-contested third set to keep their season alive behind superb efforts from middle blocker Torrey Tkach and outside hitter Michael Ann East.

The comeback attempt fell well short however as the Jaguars fought off a late rally in the fourth set to win the match and move on to the North Half championship.

Tkach finished with a team-high 11 kills and five blocks in the loss, while East recorded a double-double with 11 kills and 12 digs.

Martin said she was proud of the way her team fought until the very end—adding that their resiliency and connectedness as a group is what sets them apart from other teams she’s coached.

“Coming in here and seeing how much they care for each other—one of the first things they did was embrace and hug,” Martin said. “The seniors hugged all the underclassmen and told them ‘you got it next year,’ and ‘it’s your time to be a leader,’ and you know your program is in a good spot when you hear those things because of how much they care for and love each other.”