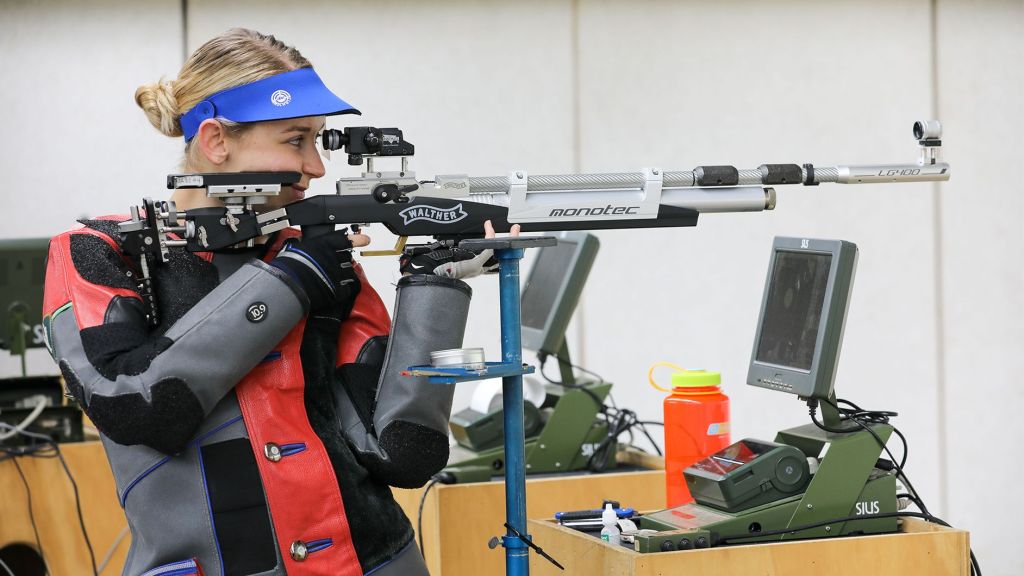 CAIRO, Egypt –Ole Miss alum and 2021 Tokyo Olympian Ali Weisz added the title of Air Rifle World Champion to her resume Friday afternoon at the ISSF World Championship. It marks Weisz’s first gold medal in international competition since she finished atop the podium in 2019 at the Pan American Games.

The 2017 graduate advanced to the ranking stage, a new format for the match. The top eight competitors began shooting series of five shots each. From the third series on, the two lowest scoring individuals were eliminated until two remained. Weisz built up a sizeable 1.2-point cushion, helping her advance in the second position to the gold medal match with a score of 261.3.

Heading into the gold medal match, Weisz and China’s Yuting Huang began with clean slates. The two had 15 shots to decide a World Champion, earning a point for firing the higher shot. Tied through the first 12 shots, Huang took the lead on No. 13, besting Weisz with a 10.7. The Belgrade, Montana, native battled back to win the final two shots with a 10.7 and a 10.6 to claim her first world title.