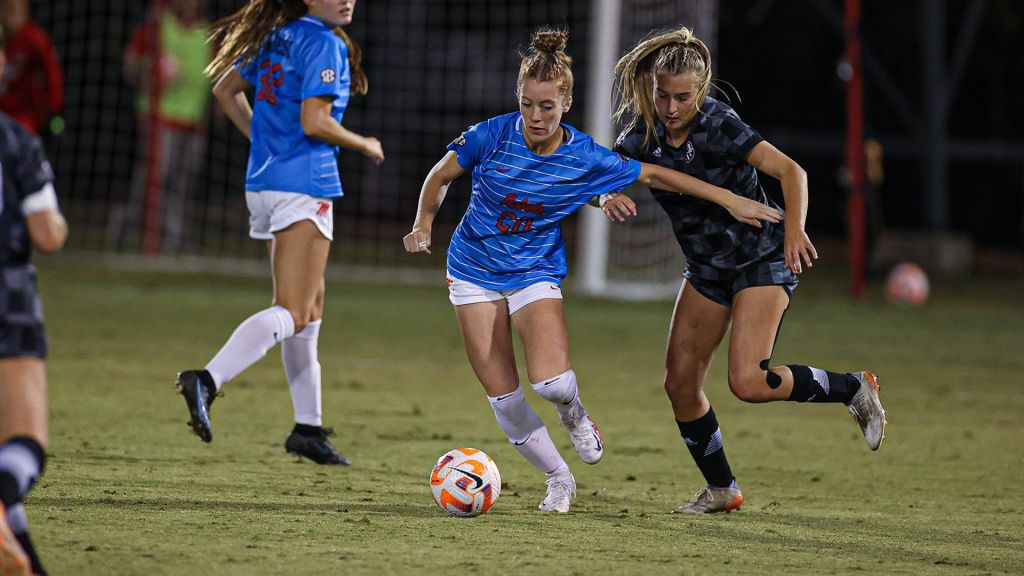 Despite the Rebel’s constant attack from offense, Ole Miss soccer was unable to find the net, falling 1-0 to in-state rival Mississippi State at home Thursday night.

Ole Miss (9-4-2) started on the attack, shooting at the Mississippi State (10-2-3) goal three times in the first 12 minutes, including two shots on goal. The defense also began strong, holding the Bulldogs to only three shots in the first 45 minutes of play. Both teams headed into the locker room scoreless at the half.

The Rebels kept their foot on the gas in the second half, searching for the first goal of the contest. They had four looks early on and nearly caught a break in the 58th minute as Mo O’Connor sprinted past the final defender; however, the Bulldog keeper closed the gap and blocked the ball before O’Connor could get a shot off. Ole Miss outshot Mississippi State 9-6, but both had three shots on goal.

The third shot on goal was all the Bulldogs needed to score the difference in the game. The Rebels attempted to find the equalizer in the remaining minutes but couldn’t get a shot off down the stretch.

Ole Miss is back in action against Georgia next week when the Rebels head to Athens on Thursday, October 20, at 6 p.m. CT.