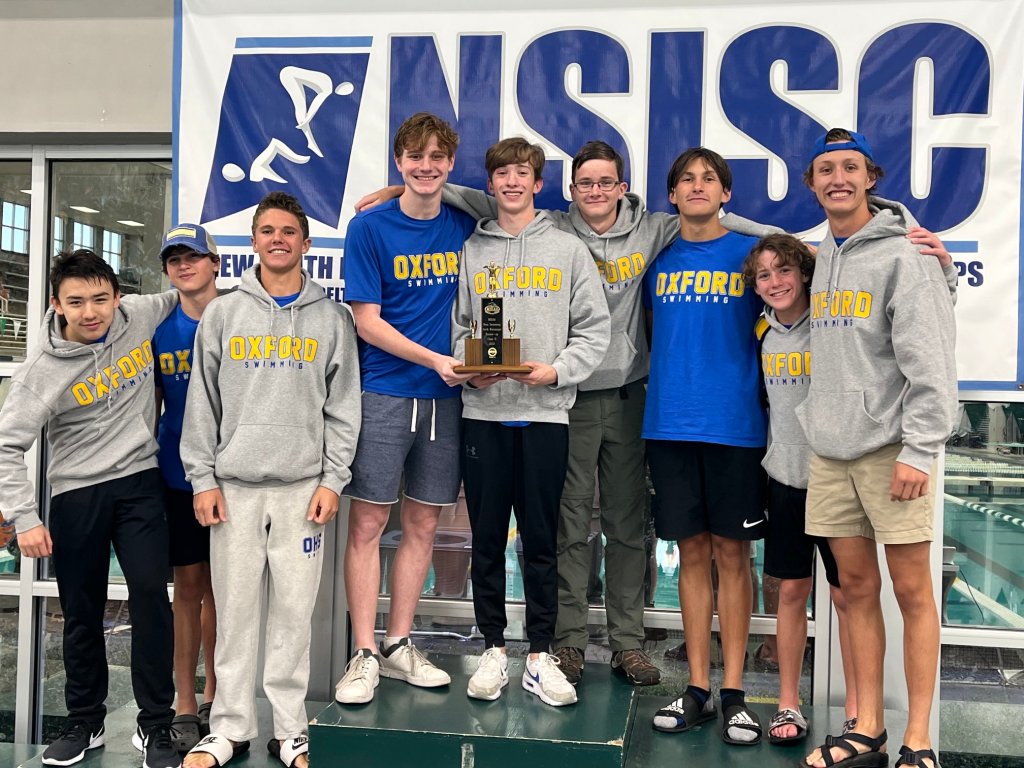 The Oxford boys' swim team finished second in the North Half Championships at Delta State in Cleveland, Mississippi on Friday. (@OxfordSwim)

Twelve Oxford swimmers qualified for the Swimming State Championships, which will be held at the Tupelo Aquatic Center in Tupelo, Mississippi on Saturday.

Sophomore Brooks Sipes also made the podium in two events, finishing third in the 50 freestyle before setting a new school record with a time of 1:10.64 to finish fourth in the 100-yard breaststroke.

Oxford also had two individual swimmers qualify on the boys’ side as junior Jacob Tulchinsky and sophomore Jacob Tulchinsky finished first in the 50-yard freestyle and 100-yard breaststroke, respectively.

The Chargers sent five of their six relay teams to the state championship as well. The only team that did not qualify was the girls’ 200-yard medley relay, which was disqualified due to an infraction.

Lafayette will also be represented at the state meet on Saturday after the Commodores had eight swimmer qualify at the North Half championships.

The Commodores also had a pair of swimmers qualify in the 100-yard freestyle, as Mary Ellen Warren and Sarah Osburg finished fifth and sixth, respectively.

Lafayette sent one relay team through to the state championship as well when Arizona Lund, Watson Williamson, Ford Atkinson and J.T. Moyer finished sixth in the 200-yard freestyle relay with a qualifying time of 1:57.36.

The two schools will compete in the 2022 MHSAA Swimming State Championships at the Tupelo Aquatic Center in Tupelo, Mississippi this weekend.

A schedule of events, spectator guidelines and information on entry fees can be found here.