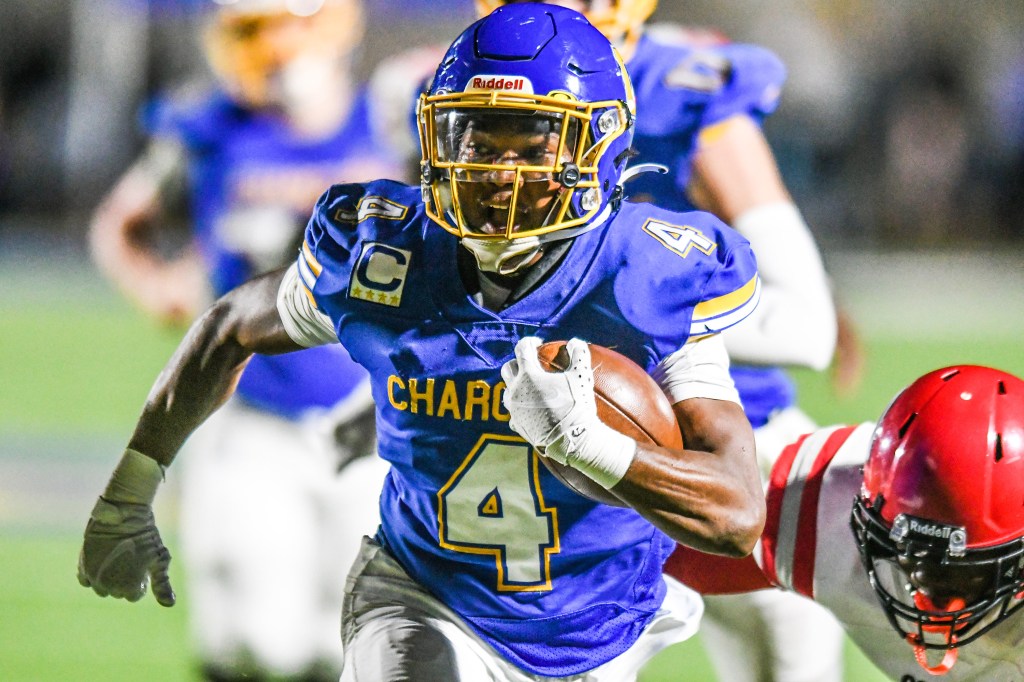 Oxford football looks to build on the momentum they generated with last week’s 24-22 upset of Clinton as they play host to Starkville in the ninth edition of the Little Egg Bowl.

The Chargers (4-3, 2-2 Region 2-6A) managed to pull off the upset thanks to a strong performance by quarterback Mitchell Grandjean, who became the first freshman in school history to start at quarterback in a varsity game with senior Mack Howard out due to a concussion.

The young signal-caller threw for 141 yards and a touchdown in the victory, putting the Chargers in position to kick the game-winning field goal as time expired.

“I thought he was prepared for that,” said head coach Chris Cutcliffe. “He was prepared well by all the work that he had put in leading up to it and I was really proud of how he went out and played. I don’t think he played with any fear or hesitation—I think he just cut loose and played and did a great job.”

Cutcliffe said his team must not think of the victory as a turning point however, adding that they still need to take things one week at a time in a difficult Region 2-6A.

The Chargers will be aided by the return of Howard this week as they face off against a talented Starkville team that has struggled to find consistency in district play.

The Yellow Jackets (5-3, 1-3 Region 2-6A) climbed to No. 2 in the overall rankings before losing three straight games against Madison Central, Clinton and Tupelo to open district play.

They bounced back with a 49-13 victory over Murrah at home last week, and will be eager keep their winning ways alive on Friday as they try to avenge last year’s 42-35 loss to the Chargers.

The Yellow Jackets are led by junior quarterback Trey Petty, who has racked up 1,364 yards through the air and 163 yards on the ground so far this season.

“They have a lot of team speed, a lot of weapons, a lot of playmakers, and Trey Petty at quarterback has played really well,” Cutcliffe said. “I think they do a great job of having a lot of weapons and spreading the ball around.”

The 6-foot-1 speedster, who has offers from Ole Miss, Oregon, Florida State and Mississippi State among others, has hauled in 42 receptions for 591 yards and four touchdowns so far this season.

He is joined on the outside by seniors Jaylon York and JaQuavin Jenkins, who have accounted for 485 and 361 receiving yards, respectively.

The Chargers snapped a six-game regular season losing streak to the Yellow Jackets with their victory last year, and will attempt to win their second consecutive game in the rivalry for the first time since its inception as an annual contest in 2013.

Cutcliffe said the matchup is one that his team circles on the calendar each year given the relationship between the two cities and the high stakes in the game.