Jeff Herrod to be inducted into the Mississippi Sports HOF 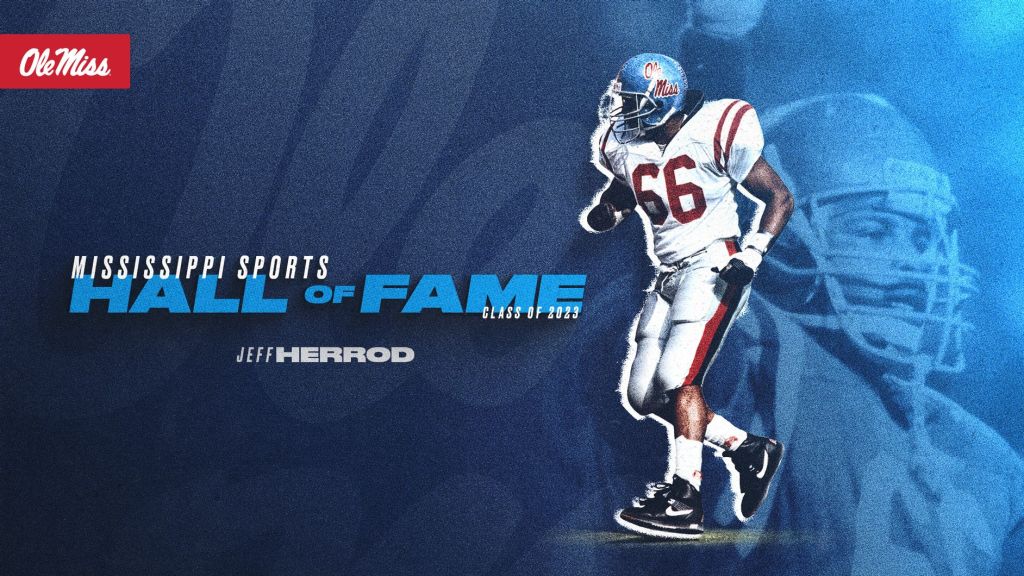 Former Ole Miss linebacker Jeff Herrod was selected as a member of the Mississippi Sports Hall of Fame Class of 2023 on Wednesday. (Ole Miss Athletics)

JACKSON, Miss. – Former Ole Miss gridiron standout Jeff Herrod has been selected as a member of the Mississippi Sports Hall of Fame class of 2023, the organization announced Wednesday.

The Birmingham, Alabama, native was a first team All-SEC pick by the league coaches in 1986 and a second team AP pick in both 1986 and 1987. He also garnered third team All-America honors. Following his senior season, he was defensive captain in the 1988 Senior Bowl and Defensive MVP of the Blue-Gray Game.

Herrod played 11 years in the NFL, 10 with the Indianapolis Colts and one with the Philadelphia Eagles. He led the Colts in tackles for seven seasons and finished as the franchise’s all-time leader in tackles with 1,347. His 200 tackles in a season was the most until 2012. He was named Defensive Player of Year three times (1989, 1990 and 1992), and the Colts named him their MVP in 1991.

In 1998 he received the NFL prestigious Ed Block Courage Award from the Colts for overcoming adversity on and off the field. In 1993 he was selected as a member of the Ole Miss Team of the Century. He was inducted into the Ole Miss Athletics Hall of Fame in 2001 and chosen as an SEC Football Legend in 2013.

This 2023 class will be formally enshrined next summer during the Mississippi Sports Hall of Fame Induction Weekend, presented by Wayne Sanderson Farms and the Sanderson Farms Championship, on July 28 – 29, 2023.