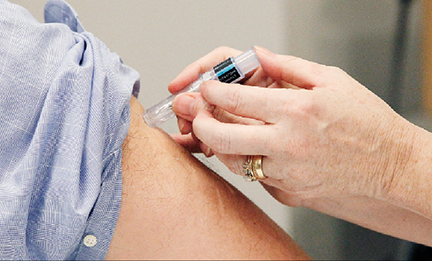 Flu season hit Oxford early this year as an influx of positive cases forced the Oxford Middle School football team to cancel practice as a preventative measure earlier this week.

The Oxford School District reported 25 positive flu cases among students at OMS on Wednesday, and that number jumped to 50 on Friday.

The school also reported five staff members out with the flu on Friday.

Public information officer Heather Lenard said OMS was the only school in the district that reported increased flu cases, with other schools reporting normal levels for this time of year.

“OMS is the only school with increased flu cases,” Lenard said. “All other campuses are reporting 5-15 confirmed cases.”

The Centers for Disease Control and Prevention’s first full Fluview report of the season showed a high concentration of cases in the Southeast, which could indicate an early start to flu season.

Australia’s flu season, which the CDC uses as a guide for how the virus will spread in the United States, was particularly rough on children ages 0-14.

The CDC has reported a steady uptick in positive flu cases across the country since the start of September.

Schools ask that parents keep their child at home until they have been symptom-free for 24 hours.