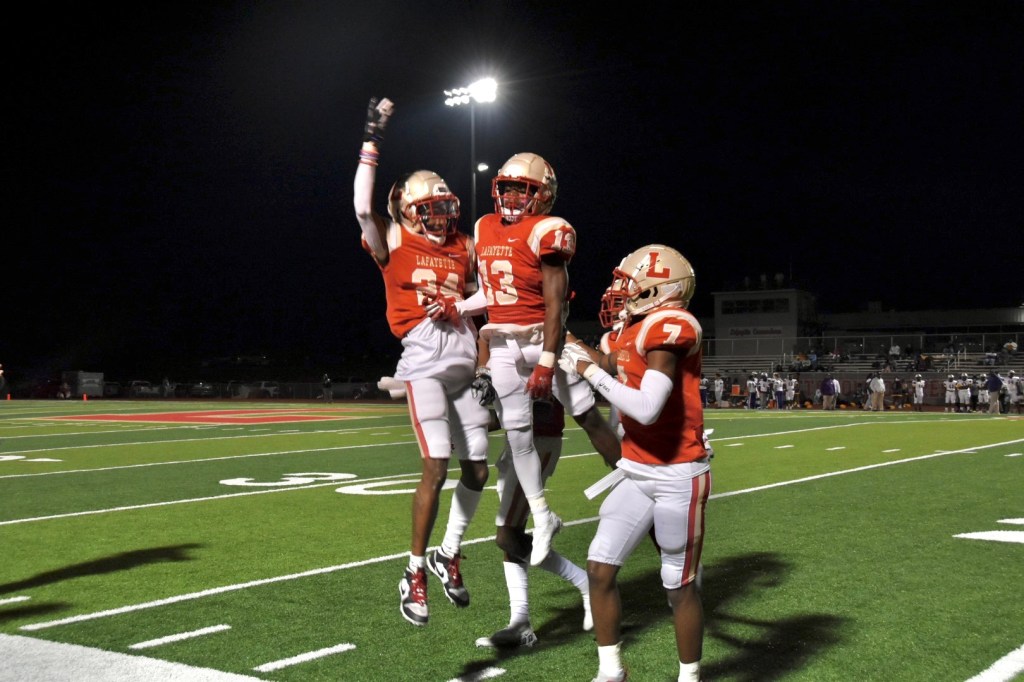 Lafayette knows what they have to do to achieve their goals.

The Commodores (5-4, 4-1 Region 1-5A) have won four straight games following a disappointing 1-4 start to the season, and are now fighting for seeding after clinching a playoff berth with a 35-15 victory over Cleveland Central last week.

Head coach Michael Fair said the early adversity revealed the character of his team and helped prepare them for the do-or-die nature of the playoffs.

“We haven’t been 1-4 in a long time here you know, and that adversity doesn’t create character, it reveals it. You see exactly who you are when things aren’t going well,” Fair said. “To be able to go through what we went through and still love your team—that’s a big deal. I love this group, and they are so much fun to be around… They’re like magnets—they want to be around each other, they want to be around their coaches, it’s a special relationship.”

That connectedness has paid dividends for the Commodores over the past month as they strung together four consecutive victories over Saltillo, Columbus, New Hope and Cleveland Central to get above .500 for the first time this season.

Lafayette’s willingness to spread the ball out and attack defenses with their quick-hitting passing game was key to opening up the offense, but they successfully returned to a more ground-and-pound approach in recent weeks as opponents keyed in on their perimeter game.

“The name of the game is trying to be hard to defend. You don’t want to line up and—we’ve kind of fallen into this trap in the past where we’re very predictable,” Fair said. “I think we’re to the point now where we’re not as predictable as we’ve been in the past because Jay [Reed] is kind of clicking on all cylinders right now, and the offensive line gets a little bit better every single week, and we know we’ve got those weapons on the outside.”

That return to form resulted in a career day for Reed on Friday as the senior broke loose for 239 yards and three touchdowns on 31 carries to lead the Commodores to their fourth straight victory.

Fair said his senior tailback is the healthiest he’s been all season, but added that the stellar play of the offensive line was the key to the big game on the ground.

“We started out very, very inexperienced—I mean I don’t know if folks realize but we had two tackles that had never played in a high school football game. They’re first game was against Tupelo,” Fair said. “There was so much inexperience that, to be able to get to where you can trust these guys to get the blocks they need has been huge for us.”

Lafayette hopes their improved play on both sides of the ball will continue to pay dividends as they travel to Greenville on Friday to take on the Hornets before closing out their regular season on the road against Lake Cormorant on Nov. 4.

Greenville enters Friday’s contest with an 0-8 record, including 0-5 in district play. The Commodores defeated the Hornets 49-8 last season in the first-ever meeting between the two schools.