Ole Miss soccer earns a draw against No. 9 Arkansas on Senior Day 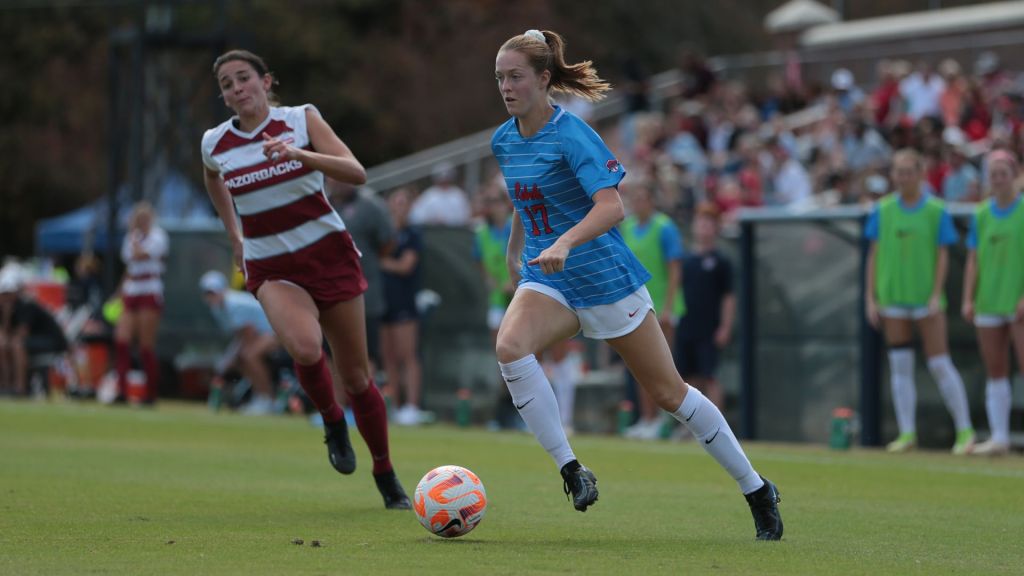 “Arkansas is really good. They’re tough and they keep pressure on you all the time. When you play them, you have to compete the whole 90 minutes and that is exactly what we did,” head coach Matt Mott said. “Really happy with our overall team defending. I thought we made it hard for them and got ourselves a couple of good looks.”

Senior Ashley Orkus posted her ninth shutout of the season and the 27th of her Ole Miss career. She made four saves in the match, pushing her program-leading career total to 311.

“I’ve said it once and I’ll say it again: shutouts are not a goalkeeper stat. This back line is performing the best that I’ve ever been a part of during my time here,” Orkus said following the contest. “The credit goes all to them. They were incredible and this result was because of them.”

The Rebels and the Razorbacks played a scoreless first half with Arkansas outshooting Ole Miss 6-2. It was the fourth-consecutive match in which Ole Miss has held their opponent scoreless through the first 45 minutes of play. Mo O’Connor had the best look for the Rebels in the opening half as she sent one in from outside of the box but found the hands of the Arkansas goalkeeper.

Ole Miss stepped up their attack in the second half and created some great looks for both O’Connor and Stella Downing in the final three minutes of play. However, both came just inches shy of slotting in the game-winner.

The Rebels will be on the road for their final regular season matchup this week, taking on LSU on Thursday night.
Keep up with all the latest news and information on the Rebels by following Ole Miss Soccer on Twitter at @OleMissSoccer, on the Ole Miss Soccer Facebook page, and on Instagram at @officialolemisssoccer. Also, follow head coach Matt Mott on Twitter at @CoachMattMott.