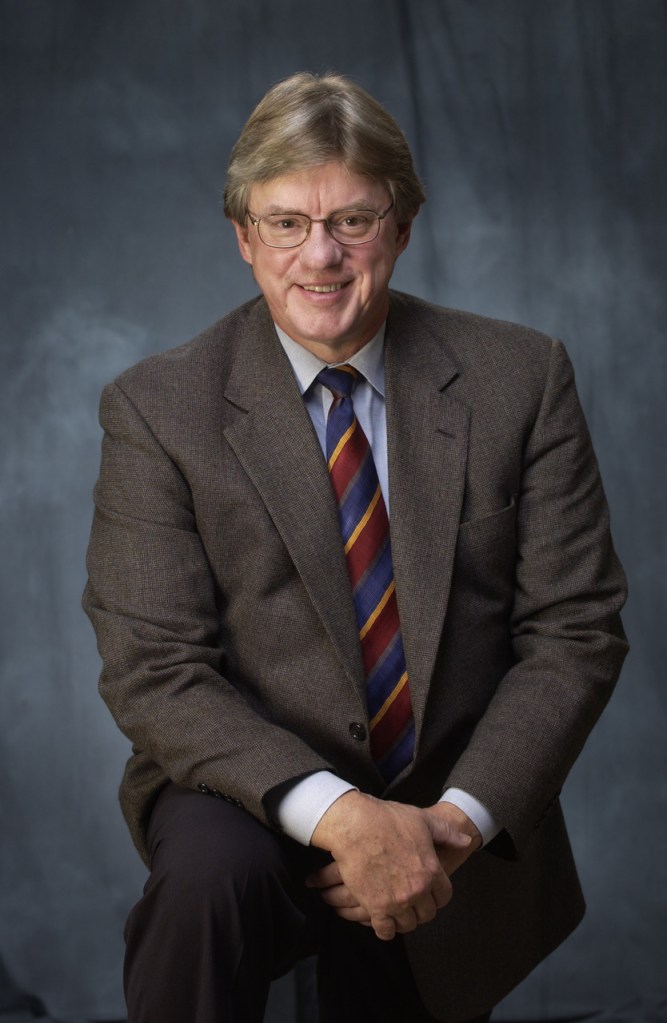 Visitation will be from 4-6 p.m. at Waller Funeral Home in Oxford on Wednesday. The funeral
is set for 2 p.m. Thursday at the Oxford-University United Methodist Church.

A native of Rome, Georgia, Winkle came to the University of Mississippi in 1974 after earning
his master’s and doctoral degrees in political science from Duke University.

Over the ensuing years, he taught numerous undergraduate and graduate courses in the
department of political science, as well as the Honors 101 and Honors 102 course sequence and a range of special topics courses in the Sally McDonnell Barksdale Honors College. Most recently, an anonymous donor honored Winkle with a gift naming the John Winkle Reading and Research
Room.

Although he official retired in 2013, he was passionate about staying in the classroom, and
continued to create courses to teach in the honors college. At the time of his death, he was
planning to take a class to Washington, DC as part of the experiential learning class “The
Supreme Court in a Partisan Age.”

Winkle also served more than once as chair of the department of political science, as the first
director of enrollment management for the university and led and served on numerous
committees over the years.

His two-course sequence, “Constitutional Law” and “Civil Rights and Civil Liberties” were
legendary among students as both challenging and transformative. He wrote hundreds of letters
of recommendation for students for law school and other professional and graduate education. A
multitude of his former students went on to law school, many to the top schools in the nation and
the United Kingdom. They now serve as federal judges, law scholars, and professors. Others also
serve as U.S. state department officials, state legislators, statewide elected officials,
congressional aides, teachers, journalists, law enforcement officers, and well-read stay-at-home
parents.

In addition, he also authored the definitive text on the Mississippi state constitution for Oxford
University Press, published in 2014. Students and colleagues alike recognized his gifts in the classroom, service to the university, and
as a researcher.

During his tenure at the university, Winkle won just about every teaching award the university
offers, including The Elsie M. Hood Outstanding Teacher Award, the Burlington-Northern
Faculty Achievement Award, the Thomas Frist Student Service Award, and the Random Acts of
Kindness Award.

In spite of his many honors and awards, Winkle maintained that the greatest compliment he ever
got was from a student from a rural, underfunded Mississippi school district who struggled in his
class, but eventually passed it. “It was the hardest class I’ve ever had, but Dr. Winkle never made me feel stupid.”
His contributions went beyond the classroom and pushing back the boundaries of knowledge
through research.

He was instrumental in the creation and formation of the university’s honors college, writing the
eight-page vision statement as part of the proposal to donor Jim Barksdale and chaired the
steering committee that crafted its mission and procedures.

He also proposed the creation of a leadership institute and guided the early stages of what later
became the Trent Lott Leadership Institute.

Every entering Ole Miss student since 2008 has been touched by Winkle’s work when they
pledge to honor the UM Creed during their first weeks on campus.

Winkle served as the faculty co-chair of the committee that conceived of and wrote the set of
enduring guiding principles, which focus on respect, fairness and the pursuit of excellence for
members of the University’s community of academic inquiry.

His work also extended beyond the walls of the university to serve the state of Mississippi. He
testified before the Mississippi legislator numerous times, served as the recording secretary of
the Judicial Advisory Study Committee and on the Mississippi Bar Association Commission on
the Courts in the 21 st Century, and helped research and prepare a landmark survey and study for
the Mississippi Task Force for Gender Fairness in the Courts.

He also taught at the U.S. Military Academy at West Point, New York, Emory University, and
King’s College in London as an invited visiting professor.

As member of the Oxford community and a lifelong Boston Red Sox fan, he coached youth
baseball numerous seasons, often driving to the poorest parts of the city to pick up players who
had no transportation. He also coached an All-Star team or two with author John Grisham, and
was subsequently delighted to find a character named Officer Winkle in “The Street Lawyer.”
For many years, he prepared packages of baseball cards and memorabilia for the annual
Christmas Store at First Presbyterian Church.

A long-time member of Oxford-United United Methodist Church, he served in numerous
capacities over the years, including a lay reader and teaching a college-age Sunday School class.
He was also instrumental in organizing the Oxford Community Market and served as chair of its
board of director. He helped it become one of the first farmers markets in Mississippi to accept
federal food aid SNAP benefits. In 2018, he helped write a $167,000 USDA grant to help the
market get locally grown fresh fruits and vegetables to low-income people in food deserts and
train local vendors to grow or prepare marketable crops and products year-round.

Winkle graduated from East Rome High School, where his class voted him “Most Likely to
Succeed,” though he always jokingly maintained that he was robbed for “Wittiest.”

While an undergraduate at Mercer University, he served as class president, was an All-American
in intercollegiate debate and won the prestigious Thomas Arkle Clark Award, which is given to
one outstanding member each year by the national Alpha Tau Omega Fraternity organization.
He was the son of the late John W. Winkle Jr. and Elsie Hale Winkle of Rome, Georgia.

He is survived by his wife, Ellen Meacham of Taylor, three sons, Johnny Winkle (Amy) of
Atlanta; Jason Winkle (Felicia) of Memphis; and Will Winkle of Taylor; his brother, Joseph R.
Winkle (Kimberley) of Carmel, Indiana; six grandchildren, and a niece and nephew. Donations
may be made in his honor to the John W. Winkle III Fund for Faculty Excellence, which also
funds scholarships for deserving students and UM Mock Trial team members through the
University of Mississippi Foundation.