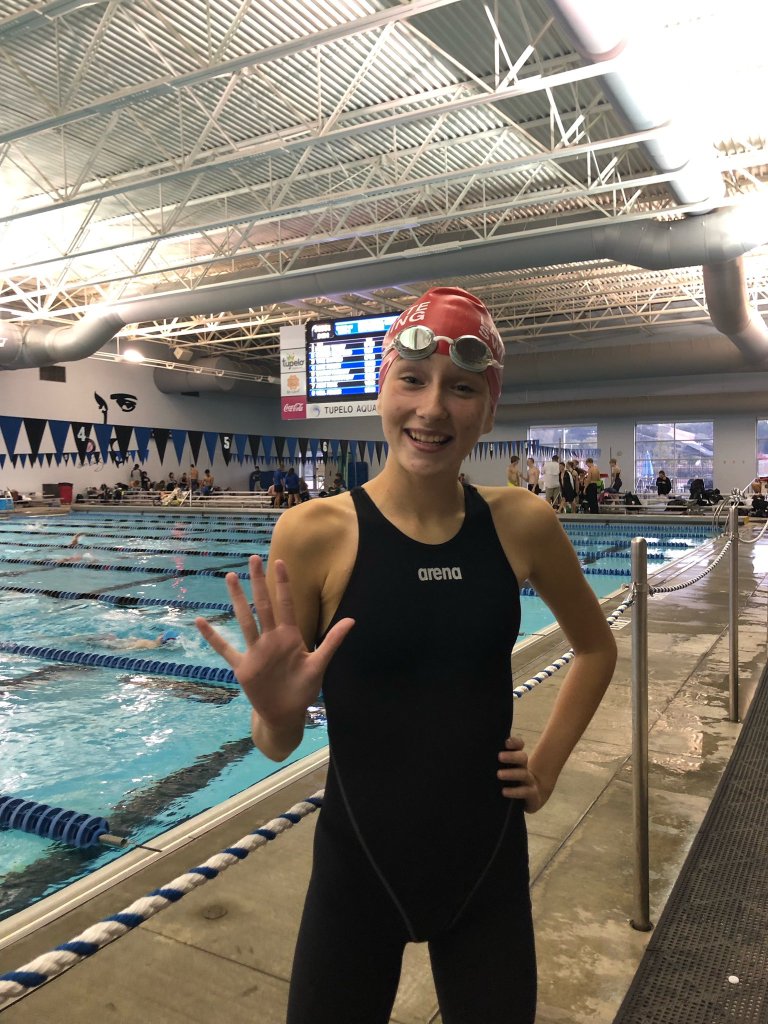 Lafayette's Abbagale Bolger poses for a photo after finishing fifth in the girls' 500-yard freestyle. (@Lafco_Athletics)

Lafayette’s Abbagale Bolger became the highest-scoring female swimmer in school history on Friday when she finished fifth in the girls’ 500-yard freestyle at the Mississippi Swimming State Championships in Tupelo.

The eighth grader swam her best race of the season in the final, setting a school record with a personal-best time of 5:59.70.

“Abbee is a hard working and strong competitor… She is always pushing herself to do better, be better,” said co-head coach Stacey Raspo. “Abbee is blessed to have committed and supportive parents that are behind her 100%. She is also fortunate to compete year round with Coach Robert and Shockwave, I bet he is extremely proud of her success as well.”

Bolger was the only Commodore to compete in the finals after Mary Ellon Warren, Sarah Osburg, the girls’ 200-yard medley relay and the boys’ 200-yard freestyle relay teams were eliminated in the prelims.

Lafayette finished in a tie with Sumrall for 16th overall on the girls’ side of the competition.

CORRECTION: Bolger was incorrectly identified as the highest-scoring swimmer in school history. That honor goes to Jeffrey Phillips, who became the first African American to set a state record in swimming when he came in first in the boys’ 50-yard freestyle and 100-yard freestyle in 2005 before going on to swim for Georgia Tech.