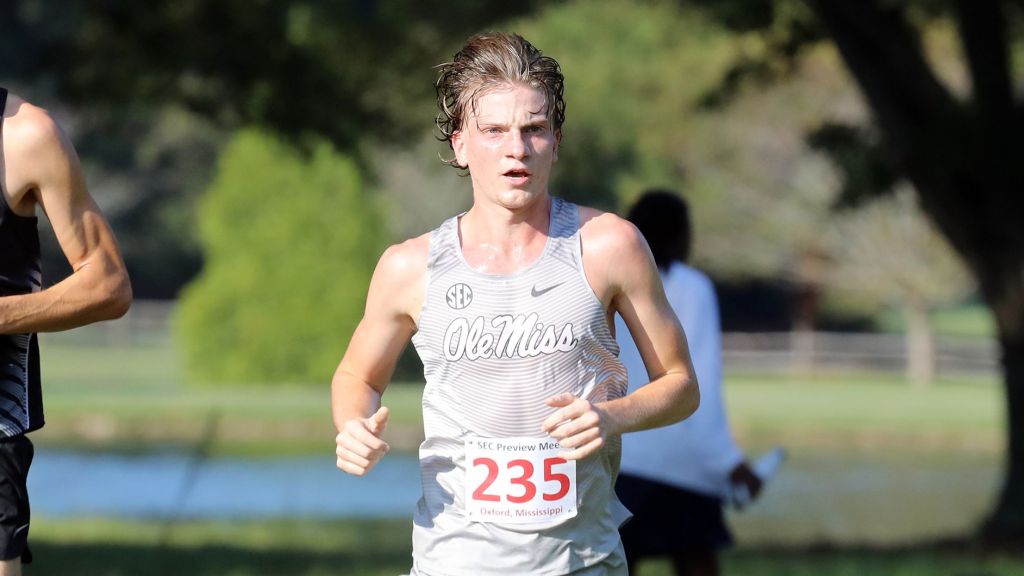 BIRMINGHAM, Ala. – Ole Miss cross country sophomore Aiden Britt has been named the SEC Co-Men’s Scholar-Athlete of the Year, the conference announced on Wednesday afternoon.

Britt – a sophomore native of Lebanon, Tennessee – owns a 4.0 GPA in mechanical engineering. This season, he has run in all four meets for the Rebels, leading Ole Miss with a fourth-place finish at the Memphis Twilight at a four-mile best of 19:56.2. Britt also ran a career-best 8K time of 24:31.4 to finish fourth at the SEC Preview at home on Sept. 16.

Britt is the first Rebel in men’s or women’s cross country to win the SEC Scholar-Athlete of the Year award, which was established in 2014. Overall in the history of the Ole Miss track & field and cross country program, Britt is the fourth Rebel to ever earn the distinction, joining Lee Ellis Moore (2011 outdoors), Craig Engels (2017 outdoors) and Mario Garcia Romo (2022 indoors).

Ole Miss is set to host the 2022 SEC Cross Country Championships this Friday, October 28, with action set to start at 10 a.m. CT at The Ole Miss Golf Course. For more information, visit our championship central HERE.