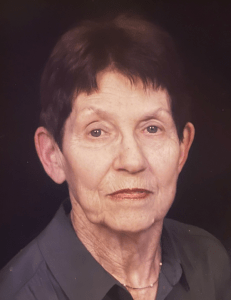 Monique (Rozenbaum) Cimon, 82, of Oxford passed away on Friday, October 14, 2022.
The Funeral Mass was held October 21, 2022in the sanctuary St. John the Evangelist Catholic Church.

Monique was born in Tours, France and grew up in the midst of the second war, during which her parents served in the French Resistance. After graduating from high school at the Lycée Balzac in Tours (France), she continued her Bachelors study at the University of Poitiers (France), where she obtained a Masters in Spanish in 1961. In Poitiers, she met her future husband, Arthur Joseph Cimon, and together they relocated to Florida, where she attended Florida State University and received her Ph.D. in 1972. Following a long teaching career, including Regis College, Denver, CO; the University of Mississippi; and Blue Mountain College, she retired in 2001. In 1996, she was honored with inclusion in the Who’s Who Among America’s Teachers and held memberships in the honorary societies of Pi Delta Phi, Sigma Delta Pi, and Phi Kappa Phi.

Her spiritual journey started in the Jewish faith. Following her father’s deportation and death in 1944, her mother returned to the Catholic faith, in which Monique found spiritual guidance her entire life. Her four children were her greatest joy together with the beautiful legacy of nine grandchildren. Having immigrated to the United States, she considered Oxford her home and is remembered by many as the soft-spoken woman, with the inescapable French accent. She enjoyed travelling the world with her husband and accompanied him on many memorable trips across Europe.

She was preceded in death by her parents, Aaron Rozenbaum and Anne-Marie Gallien; one sister, Annie