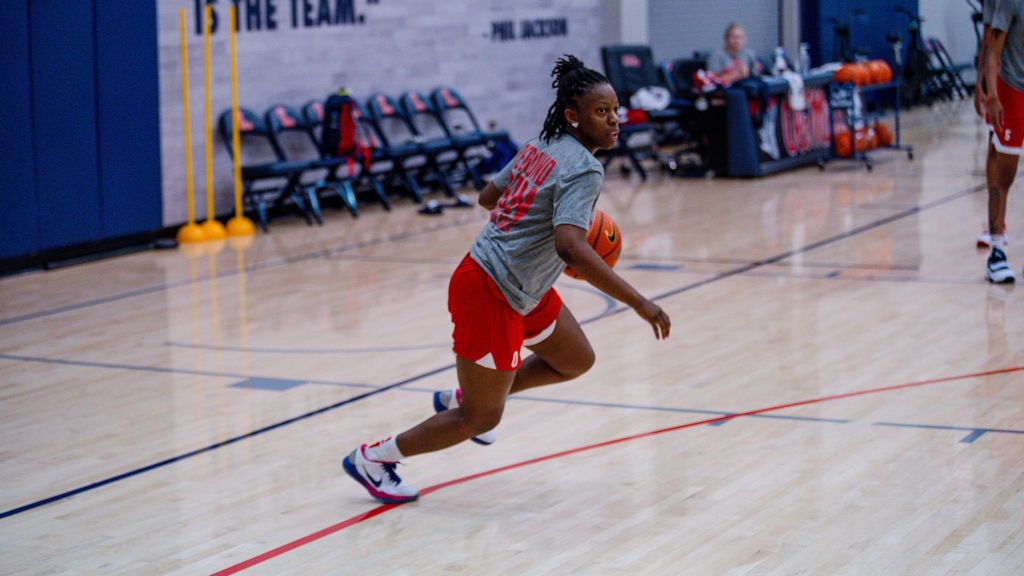 Ole Miss graduate transfer Brooke Moore will miss the entirety of the 2022-2023 season while recovering from an injury suffered over the summer. (Ole Miss Athletics)

Ole Miss women’s basketball graduate guard Brooke Moore will sit out the 2022-23 season while recovering from an injury occurring over the summer, head coach Yolett McPhee-McCuin announced on Friday.

The 5-7 guard from Atlanta, Georgia, signed with the Rebels in May following two years at Purdue. Moore appeared in 54 games for the Boilermakers, making 19 starts in her two seasons in West Lafayette. As a senior, she reached double-digits in 16 games, including four 20 point performances. In the first round of the WNIT, Moore set a new career-high with 27 points against Southern Illinois.

Prior to Purdue, Moore spent two seasons on The Plains at Auburn, coming in as a five-star prospect out of high school. In 46 games with the Tigers, Moore averaged 6.9 points per game while shooting 27.2 percent from beyond the arc.

Moore plans on spending this season recovering and rehabbing to don a Rebel uniform in 2023-24.