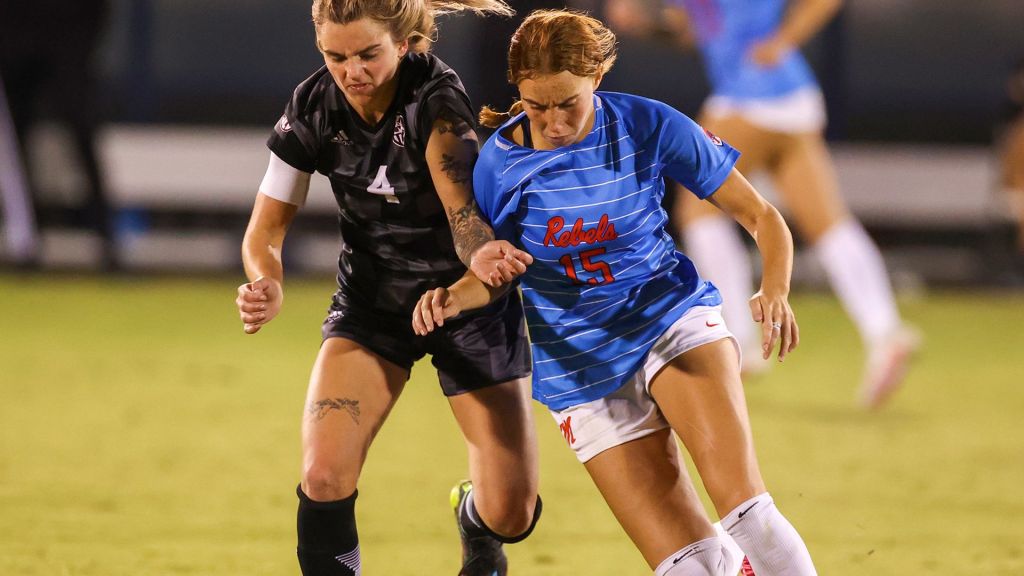 Despite the loss, Ole Miss still clinched a spot in the SEC Tournament next week in Pensacola, Florida as the 10th seeded team. It will be their eighth-consecutive appearance in the conference tournament, last missing out in 2014.

The Tigers scored three goals in the first half starting the scoring early. Their first goal came in the 19th minute as a cross into the box was redirected off the chest of Wasila Diwura-Soale past Ashley Orkus. It was the first time that the Rebels had given up a goal in the opening half since October 6 against Alabama. Diwura-Soale scored again in the 44th minute to give LSU a three-goal lead at the break.

The Rebels applied the pressure in the second half, outshooting the Tigers 13-9 giving them 16 total shots in the game. Ole Miss put nine of those shots on goal but could only get one of them past LSU’s goalkeeper.

Aubrey Mister got Ole Miss on the board in the 75th minute with her third goal of the season. Taylor Radecki sent a free kick from the left side to the right side of the box where Ramsey Davis sent it into the middle of the pack in front of the goal. It found the foot of Mister who redirected it into the lower left corner of the goal. For Radecki, it was her ninth assist of the season, tying her for 10th in the entire country and third in the SEC.

The Tigers scored another goal in the 81st minute to all but put this one to rest.

The Rebels will now turn their attention to the conference tournament, where they will play in the opening match on Sunday, October 30. Their first match will be a rematch of tonight’s matchup against the seventh-seeded LSU Tigers.