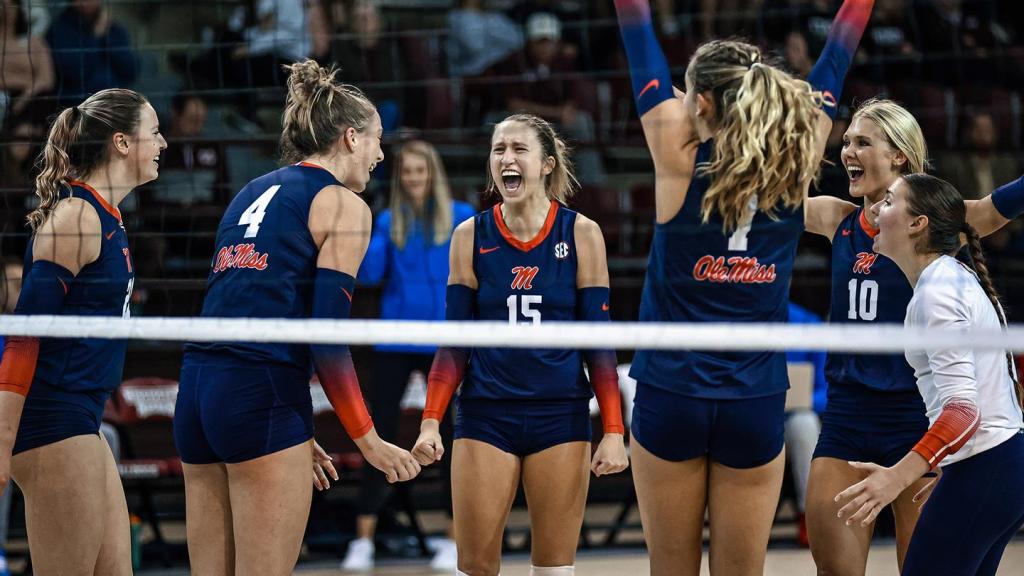 Ole Miss freshman Aly Borellis celebrates during the Rebels' 3-1 win over Mississippi State at the Newell-Grissom Building on October 26, 2022. Borellis was named SEC Co-Freshman of the Week on Monday. (Kiana Dale/Ole Miss Athletics)

BIRMINGHAM, Ala. – After guiding Ole Miss to a rivalry win against Mississippi State in the Magnolia State showdown, setter Aly Borellis was named SEC Co-Freshman of the Week, the conference announced Monday afternoon.

Borellis averaged 13.00 assists per set to help Ole Miss pick up its first victory at Mississippi State since 2019 and snap a three-match skid in the series. The Rochester, Michigan, native was key in navigating the Rebel attack, feeding her hitters to a .268 clip in the victory.

The freshman was one assist shy of her career-high, tallying 52 as Ole Miss won its third straight SEC match. It marked her third contest this season with 50-plus assists. Further, Borellis’ 52 assists are the most by an SEC student-athlete in a four-set match this season. She also contributed on offense adding six kills on 11 total attempts for a .455 attacking percentage while digging seven attacks and registering a block.

The Rebels are back in action this week, hosting Tennessee in a midweek matchup on November 2 at 6:30 p.m. CT in the Gillom Center.