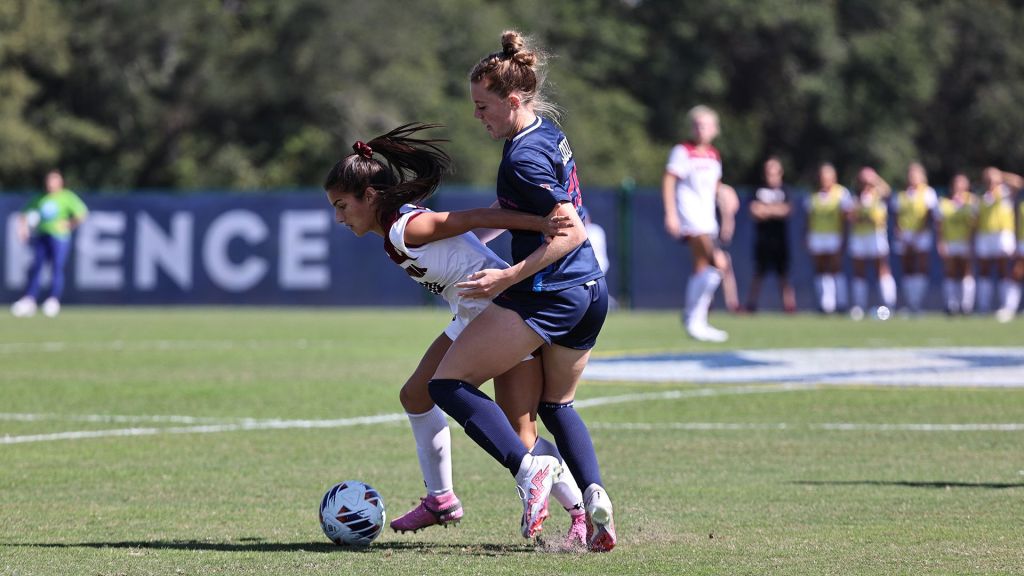 PENSACOLA, Fla. – Ole Miss’ (9-7-4) run in the SEC Tournament came to an end Tuesday afternoon with a 3-0 loss to SEC East Division Champion South Carolina (12-3-4) in the quarterfinals.

Neither team could get much going for most of the opening half, as there were just five shots between them. Taylor Radecki took both shots for the Rebels but couldn’t get either of them close.

The Gamecocks put just one of their three first half shots on goal, but it proved to be the go-ahead goal in the match. USC’s Corinna Zullo played a ball just over the heads of the Rebel defenders right to the feet of Catherine Barry who won a one-on-one battle with Ashley Orkus.

South Carolina took a 1-0 lead into the halftime break.

Ole Miss created more chances for themselves in the second half, outshooting the Gamecocks 7-6 and putting two of those on goal. The Rebels’ best chance came in the 77th minute as a South Carolina handball in the box awarded them a penalty kick. Kayla Chatman-Haggerty took the kick but just missed wide right.

South Carolina doubled their lead in the 60th minute with another goal off a corner kick and added another in the 81st to make it the final score of 3-0.

Ole Miss will now return home to Oxford where they will await the results of conference tournaments around the country to see if they will be playing in the NCAA Soccer Tournament.