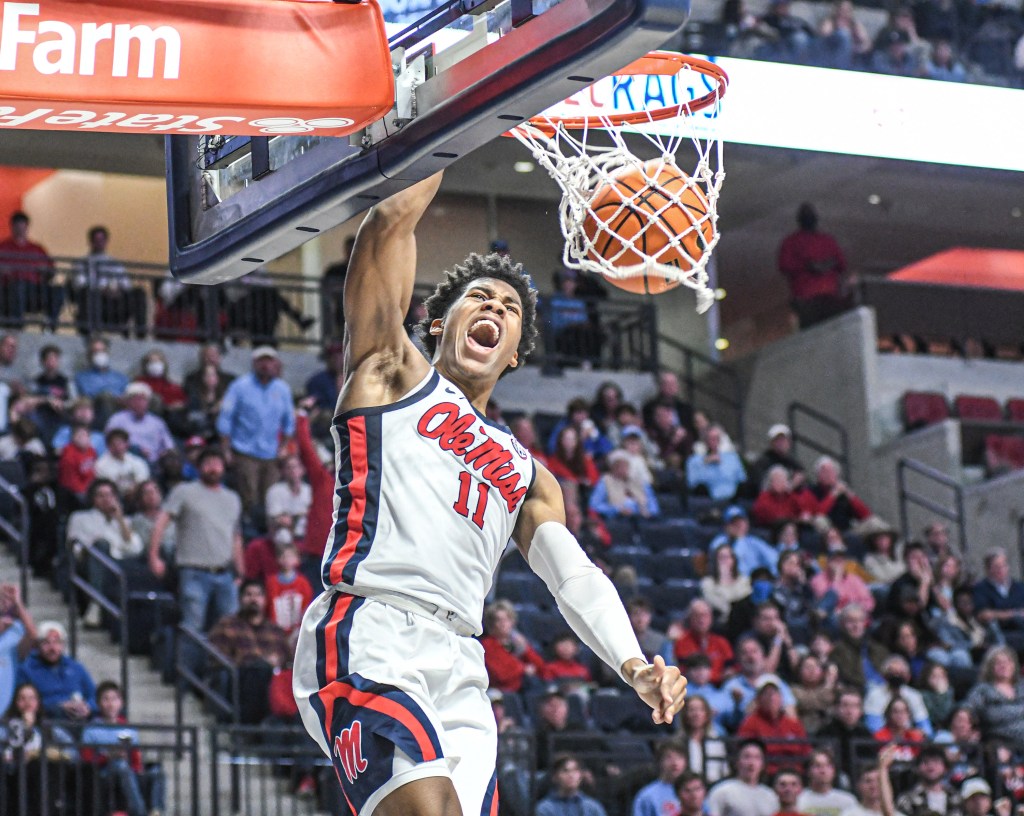 BIRMINGHAM, Ala. – Ole Miss men’s basketball junior Matthew Murrell has been named Second-Team Preseason All-SEC, as voted on by the head coaches and released by the conference on Wednesday morning.

Murrell – a native of Memphis, Tennessee – is among the best three-point shooters and all-around guards returning from SEC action last year after ending the 2021-22 conference season ranked second in three-point shooting (.426), third in threes per game (2.5), sixth in minutes per game (34.1), eighth in field goal shooting (.466) and ninth in scoring (15.5). Murrell accounted for 26.6 percent of all three-pointers made by the Rebels last season, and he especially turned it on late, averaging 20.0 points and 3.0 threes over his final three games, as well as 16.3 points and 2.5 threes over his final eight games.

Sparking that SEC season stretch for Murrell was a historic outing versus in-state rival Mississippi State on Jan. 8, where he was nearly perfect in a bombastic 31-point outing against the Bulldogs. Murrell that day became only the third Rebel to go 5-of-5 from beyond the arc, and he is the only Rebel to do so against an SEC opponent during the regular season. Murrell was also 6-of-6 from the free throw line, with his lone blemish coming from within the arc in the closing minutes to end 10-of-11 overall from the field.

Murrell was also big when the spotlight was on against ranked opponents, averaging 15.0 points while shooting 42.9 percent overall and 45 percent from three in six games against AP Top-25 schools. Included in those six were two Ole Miss victories over No. 18 Memphis on Dec. 4 and No. 25 LSU on Feb. 1, during which Murrell averaged 14.0 points for the Rebels.