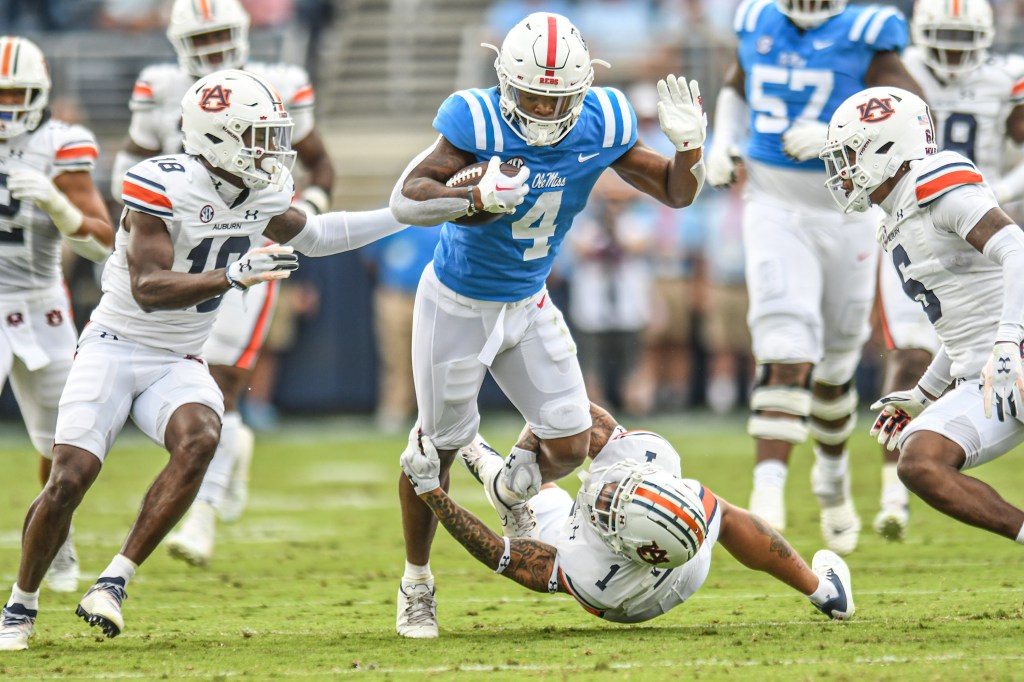 PHILADELPHIA– Ole Miss running back Quinshon Judkins has been selected as a semifinalist for the Shaun Alexander Freshman of the Year Award, the Maxwell Football Club announced on Thursday.

The Shaun Alexander Freshman of the Year Award has been presented to the College Freshman Player of the Year since 2018 and is named in honor of Shaun Alexander, a former standout at the University of Alabama and with the Seattle Seahawks in the NFL.

Judkins’ 1,036 yards rushing and 13 rushing touchdown are the most in program history by a freshman. He also tied the school record for fastest to reach 1,000 yards rushing in a season, previously set by Kayo Dottely in 1949. Judkins leads all FBS freshmen in rushing yards by 245 yards over Baylor’s Richard Reese (791), while also leading freshmen in yards per game and rushing touchdowns.

The Pike Road, Alabama, native is coming off a career-best performance in which he rushed 34 times for 205 yards and a touchdown. His 34 carries were the most by a Rebel since Deuce McAllister ran 36 times against Mississippi State in 1999 and his 205 yards rushing rank ninth on Ole Miss’ single-game list.