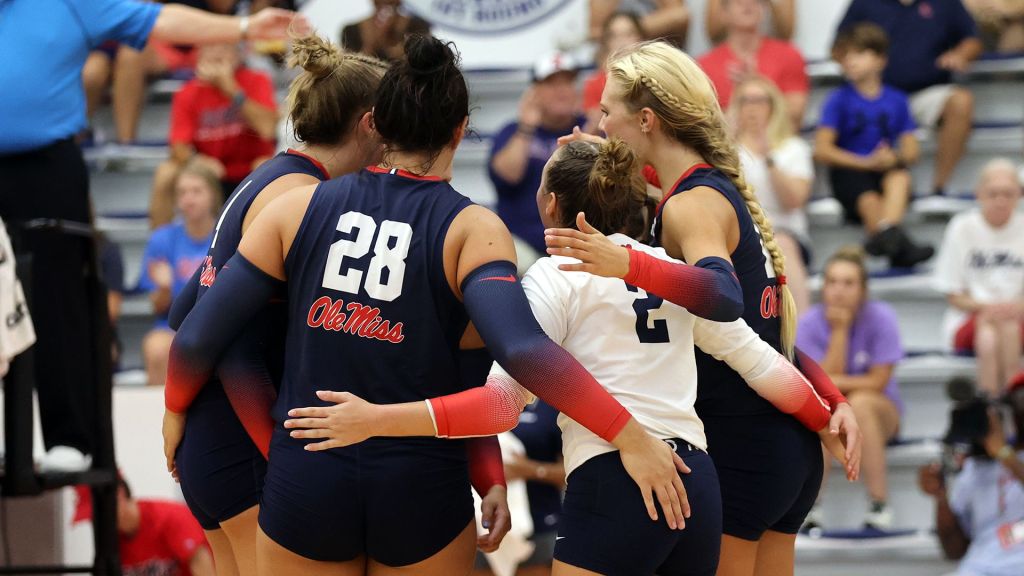 The Rebels (11-12, 7-6 SEC) struggled to side out as South Carolina hit at a strong .293 clip. Samantha Schnitta paced the offense with 15 kills, followed by Sasha Ratliff with 12.

An energized South Carolina opened the match to take a 7-2 lead, prompting an early timeout. Ratliff helped the Rebels side out, closing the gap with a 4-1 burst and taking the lead off a 6-1 run. They continued to add to the lead and built it up to four at 21-17 off back-to-back Gamecock errors. Ole Miss cruised the rest of the way, hitting .375 in the set, led by Schnitta with five kills.

South Carolina responded in the second set, opening up its biggest lead of the match at 13-5. The Rebels attempted to dig their way out of the deficit but could never climb back within striking distance as the Gamecocks evened the match up at one.

Both teams searched for an edge early on to begin the third set. Katie Corelli gave Ole Miss a one-point advantage heading into the media break, but it was short-lived. The Gamecocks stormed out to a 22-19 lead and captured momentum in the gym. Ole Miss never backed down, climbing all the way back late in the set. With South Carolina at set point, Bair appeared to tie the match with a thunderous kill straight into the ground, but the point was awarded to South Carolina on a controversial in-the-net call.

Things remained closely contested heading into the fourth set. Even at 12, South Carolina embarked on a 6-1 run, forcing Ole Miss to burn both timeouts. The Gamecocks extended the lead to five and ultimately ran away with the set down the stretch, taking the match in four sets.

Ole Miss returns to Oxford for a Friday night matchup with Auburn on November 11 at 6:30 p.m. CT.